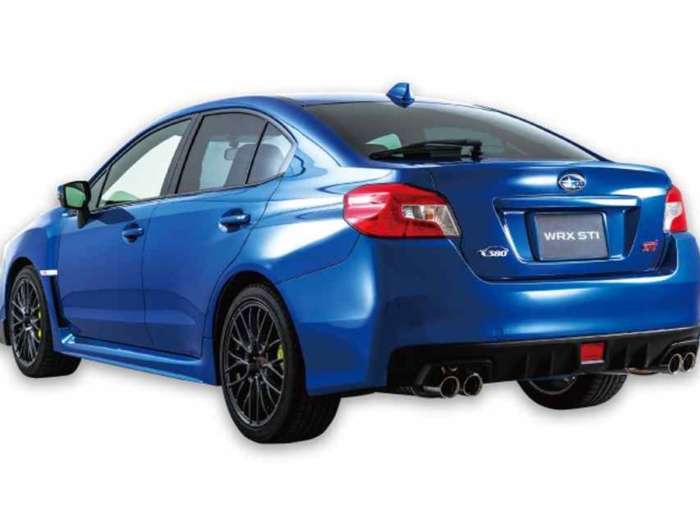 Is Subaru Preparing To Give Next-Gen WRX STI A Big Power Increase?

Is the next generation Subaru WRX STI getting a massive power increase? If reports are correct, there’s a Japan-spec TC380 coming with 380hp.
Advertisement

If reports are accurate, Subaru and Subaru Tecnica International are bringing out a new limited edition Subaru WRX STI TC380. Drive.com reports Subaru leaked an image of a new exclusive limited run TC380 WRX STI badge, and this model will only be sold in Japan. Other images have now surfaced.

It’s powered by the EJ20 2.0-liter DOHC 16-valve dual AVCS twin scroll turbo Boxer that powers the newly-released WRX STI Type RA-R model. But if the information is correct, and we’ve been unable to confirm any of this, the TC380 could produce 380 horsepower. The report says the TC380’s frame rigidity was increase to handle the extra horsepower.

The EJ20 Boxer engine also received a GT III RS Sport turbo kit, a Super Turbo resonator, and a high-flow catalytic converter. Subaru rally driver Toshihiro Arai is said to be overseeing all the TC380 modifications. It will also come with a carbon fiber lip rear spoiler, not the STI wing, and Recaro bucket seats with the TC380 emblem. 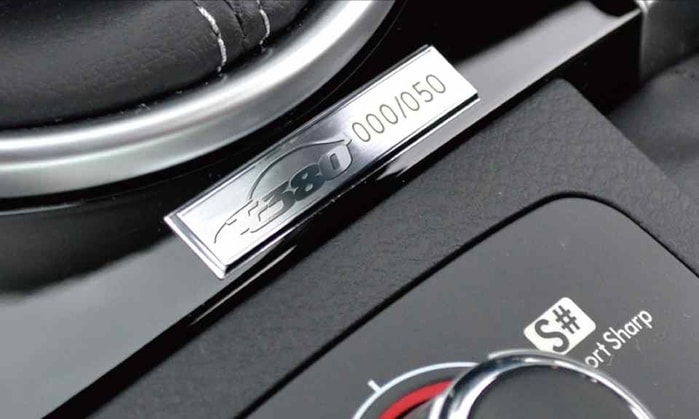 Also inside the cabin, it gets TC380 badging on the dashboard and a numbered serial plate just below the shifter. A TC380 number plate inside the engine bay completes the appearance from a standard WRX STI. We aren’t sure what TC stands for, maybe Time Challenge?

The report says, the TC380 will be a limited run and Subaru will only produce 50 of the special WRX STI models. It comes on the heels of the WRX STI Type RA-R limited edition (500 units) Subaru released late this summer. That model sold out in the first day orders were released.

If it’s true Subaru bumped up power in this new TC380 to 380hp, could Subaru be getting ready to give the next-generation Subaru WRX STI a massive power increase? The current generation model has 310hp which is underpowered by today’s standards. Subaru is expected to launch the fourth-generation WRX STI sometime in 2020-2021. Stay tuned.

Andrew Wickline wrote on November 10, 2018 - 9:21am Permalink
As a one time owner of 2006 STI rally car, and 2011 STI hatchback, I am disappointed with the lack of evolution in this brand. Most of us shopping in this segment want 400 HP, AWD, manual transmission, actual handbrake, up to date interior that is somewhat upscale, intuitive data console, and quality sound for 40k. I ended up going with the Golf R as the one that ticked the most boxes. I think the manufacturer who gets this combo to market first will see significant conversion rate. We know that after market tuners see this kind of reliable HP increase. The cost to manufacturers to make this package is negligible.
Ayanna McClintic wrote on November 10, 2018 - 1:36pm Permalink
Maybe they should try fixing the engine first. Like the fact it consumes too much oil and makes people have to replace the short block within 15k miles.
SubaStar wrote on November 11, 2018 - 3:44am Permalink
Yes Denis, I wish to know what "TC" means and if 380 is effectively the new hp. Nice way from Subaru to say good bye to its iconic STI "old generation", even if it's limited to 50 units on its domestic market...