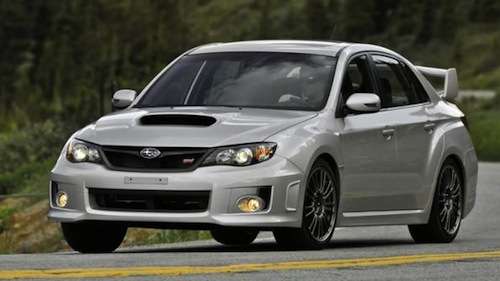 Subaru UK has announced they will extend the warranty in the UK in response to customer and dealer feedback. But it's likely because of poor sales in the UK.
Advertisement

Even though Subaru is experiencing record sales around the globe, things are much different for the Japanese automaker in the UK. Sales are falling in the UK and they had to recently drop the WRX, WRX STI and Impreza starting in 2013. We reported here in December that a spokesman for Subaru confirmed that there isn’t enough demand for the cars in the UK, so they will be axed from the UK line-up. Now the Japanese automaker has decided to drop their ETCo aftercare package and replace it with a new 5 year, 100,000 mile warranty instead of the previous 3 year 60,000 mile plan.

Subaru is listening to their dealer network and customers and is discontinuing the ETCo aftercare package because customers have said they would rather have the longer warranty instead of receiving the extra “care.” The package came free with new Subaru’s in the UK and included 7000 British Pounds worth of perks. Customers could get a free wash and vacuum every month, free dent and wheel repair, free lost key replacement and even free winter tire storage. Subaru says customers were not using the free program and would rather have the extended warranty instead.

All Subaru vehicles sold after January 1, 2013, (excluding WRX STI) now come with a new, longer five year/100,000 mile warranty. The WRX STI will be dropped from the UK lineup as soon as supplies run out later this year. The ETCo (‘Everything Taken Care of’) package was originally launched at the start of 2011. In the U.S. and other global markets where sales are booming, Subaru only offers a 3 year/36,000 mile warranty. But in order to keep customer interest high in the UK, the extra warranty incentive is needed.

At least Subaru is listening and will give customers in the UK what they are asking for. Haydn Davies, Subaru UK Marketing Director explained the decision to change. “Feedback received from our dealer network and their customers has confirmed that the ETCo package, though designed to be a ground-breaking and industry-leading offer, was less attractive to the majority of prospective buyers than a longer warranty.

Subaru could benefit over time

The longer warranty is perceived as more valuable, and could actually benefit the Japanese manufacturer. Subaru automobiles are very reliable and it will likely cost Subaru less in the long run. Subaru knows they will come out ahead and in a shrewd marketing move, they have given customers what they have asked for.

In other global markets, Subaru is experiencing record growth and sales and doesn’t need to offer an ETCo aftercare package and can get by with a 3 year/36,000 mile warranty. And in the U.S. and Australia, the 2013 Subaru WRX, WRX STI and Impreza are hot items. In the UK, they are being dropped from the lineup.