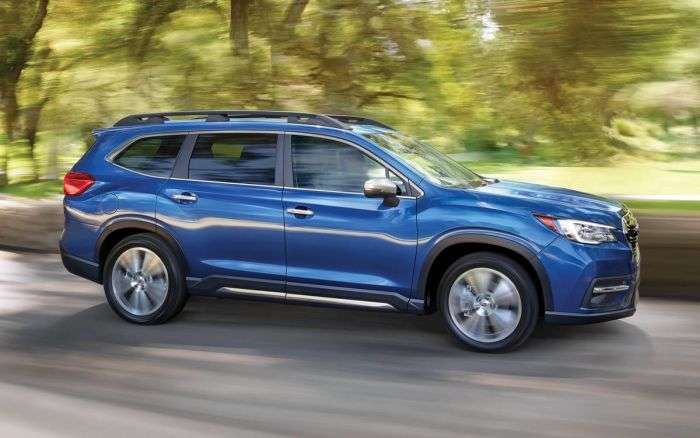 Subaru Not Giving Up on Impreza, WRX/STI; Ascent is Brand’s New Love

Subaru won’t be getting rid of Impreza and WRX/STI sedans, but the new 2019 Ascent is their new love.
Advertisement

Even though some automakers like Ford are giving up on sedans, Subaru’s WRX/STI performance cars are still important to the lineup, according to Dominick Infante, Subaru’s national manager of product communications. Infante told Motor Trend, they will still offer sedans like the Impreza and WRX/STI because they are a good hedge as gas prices go up. “Gas prices are starting to come up now. So a good hedge for better economy is having a sedan.” says Infante.

Impreza is a compact economy car, and /WRX STI is the brands' halo performance car and they are staying in the lineup in spite of how well SUVs and crossovers like Outback, Forester, and Crosstrek are selling. “So we still make the Impreza and the Impreza hatchback,” Infante pointed out as examples. “They do get better gas mileage than say a comparable CUV like the Crosstrek so we do sell those so if the market does change that’ll help sales of sedans.”

Subaru won’t forget about their customers in their late 20s and early 30s who are a big part of their business. Products like the Impreza, WRX/STI and the BRZ sports coupe still have an important place in the lineup. But Subaru of America has a new love.

Ascent is the brand’s, new love

Subaru was lacking a 3-row vehicle for some time, and their loyal customers moved to other brands when they’re in the middle stage of life parenting young kids. As their families grew, Outback and Forester owners moved to other brands like the Ford Explorer, Toyota Highlander, and Honda Pilot. Now Subaru has the all-new 7-8 passenger Ascent 3-Row family hauler.

Ascent is the brand’s new love and Infante wants to talk about it. He says they now have a vehicle to keep customers from walking out the door. Subaru has been losing customers because up until now, they didn’t have a large 3-Row vehicle large enough. As families outgrew the Outback and Forester, they had to go to Ford, Toyota or Honda. Infante says, “Basically it’s an open door where the customers are just walking out. Now we’ve got something to fill that in and keep them in a Subaru.”

Subaru of America (SOA) asked parent company Subaru Corp for a new 3-Row SUV and the Japanese automaker listened. It’s built in Lafayette, Indiana just for North Americans, and it won’t be sold anywhere else in the world. SOA got input from their dealers and found out what their customers were wanting in a large SUV. It looks like Subaru came up with the right vehicle for America families. The all-new 2019 Subaru Ascent is now the brand’s new love.