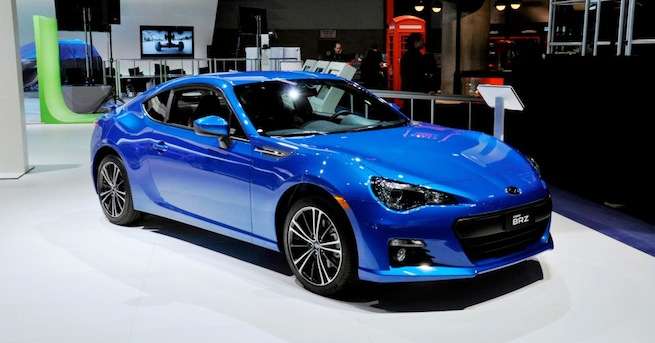 The new BRZ "Premium Sport Package", is based on the Subaru BRZ "S" Torque News told you about back in July. This special model gets special equipment added to the interior and exterior, special specifications that Subaru says is prepared as a "sports car of the adult" with special high texture unique to the car.
The interior comes with moss green stitching along with the Tan leather on the door armrest and seat, with Alcantara and satin silver decorative on the side bolsters. The exterior gets special treatments to set it apart from the standard BRZ S. It also features a stop/stop engine switch.

The exterior features special edition black painted door mirrors and aluminum wheels, in an effort to tighten the impression form the outside. The engine /stop/start and aluminum wheels are manufactured by STI to give it an extra sporty feel inside and out.

The special edition variant will get the new S performance pack that comprises a long list of components that distinguish it from the standard BRZ. The 2014 BRZ S is track ready and includes front under, side, rear-side and boot lip spoilers, a flexible tower bar, lower coil spring set and 17-inch black STI alloy wheels. It will also feature an STI manual gear shift lever assembly, Duracon shift knob (manual-only), engine push-button start switch and rear under diffuser.