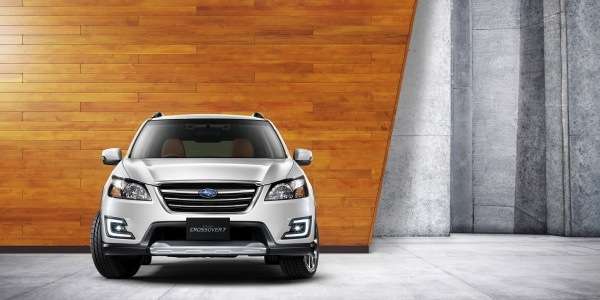 Subaru’s new 7-seater MPV 2015 Crossover 7 achieves the top safety award from JNCAP in Japan. How many other Subaru vehicles have achieved this top award?
Advertisement

It’s nothing new for Subaru to keep getting these top safety awards because it’s one of their core values. Subaru’s new 7-seater MPV Crossover 7 is the latest vehicle in their stable to get the top rating of Advanced Safety Vehicle-Plus (ASV+) in the Japan New Car Assessment Program (JNCAP). It’s the top award given for preventive safety performance and Subaru excels at producing safe vehicles.

Subaru keeps piling up safety awards for all their vehicles. Safety is a core value for the brand and they will keep it as a high priority for every vehicle in their lineup. Subaru is designing a new 7 seat SUV for the U.S. market that will be introduced sometime in 2016. Look for this new model to have the same strong pre-crash safety performance as its stablemates.