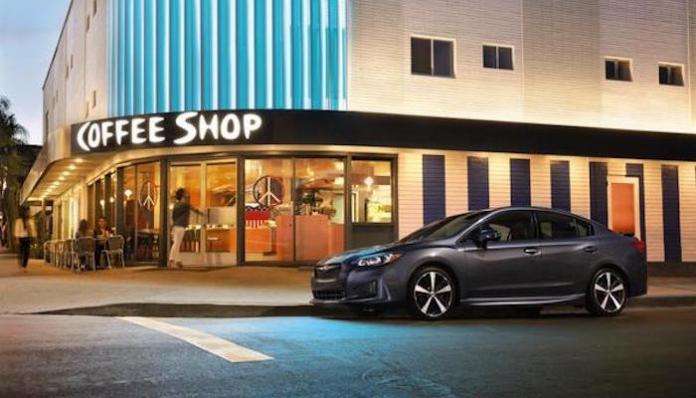 KBB likes the new Subaru Impreza compact because of its standard all-wheel drive, but it returns to the list in 2017 because of its total makeover. Subaru is counting on the Impreza to lead the way for the brand. KBB says, “In addition to a new look and more refined driving manners, the new Impreza adds support for Apple CarPlay and Android Auto.”

What happened to the Impreza?

The new 2017 Subaru Impreza didn’t just get a remodel, it received a total makeover. The Impreza received 95 percent new parts, and it won’t be the only Subaru vehicle to get a drastic change. Subaru is on the verge of a total lineup makeover and the new Impreza sedan and 5-Door lead the brand’s new global direction.

The Subaru Corporation spent $1 Billion building a new Global Platform and Impreza is the first of their models to get it. All Subarus over the next 10 years will feature it. It’s what will make Impreza and Subaru even more competitive with it’s Japanese, German and American rivals. Who is KBB’s number one coolest car under $18K?

Here’s the 10 Coolest Cars under $18,000 list from the 10th place car to the first place winner. 2017 Chevrolet Sonic, Honda Fit, Subaru Impreza, Toyota Corolla, Volkswagen Jetta, Hyundai Veloster, Kia Soul, Jeep Renegade, Honda Civic, and the Mazda Mazda3 is the repeat winner. The Mazda3 has been a popular pick by KBB and it makes its 14th appearance in-a-row. KBB says, “We call it one of the coolest compact cars of all time.”

The all-new 2017 Impreza gets a total makeover with 95 percent new parts which Kelly Blue Book thinks is pretty cool. It looks like the money was well-spent. KBB says it’s the eighth coolest car under $18,000 for 2017. The Mazda3 scores the #1 coolest spot again.