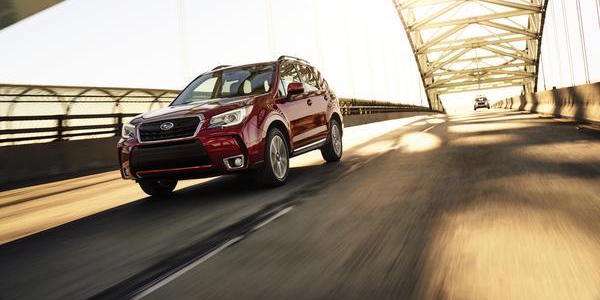 Subaru Forester is a Top-10 Vehicle Owners Keep the Longest; The Subaru brand is #3 in America

The Subaru Forester is a top-ten vehicle owners keep for ten years or longer. The Subaru brand is tops too.
Advertisement

Subaru has long been known as a brand for longevity and owned by families that hold onto their vehicles for many years. They even pass them down to new drivers in the family. Subaru has a TV spot with a young family member driving off in the family Forester. In a recent study by iSeeCars.com, they found out the commercial is very accurate.

The study found the Subaru Forester SUV is one of the top-ten vehicles owners keep for 10 years or more. Interestingly, all the vehicles in the top-ten are Japanese models. iSeeCars.com analyzed over 2.5 million cars from 1981-2006 model years sold in 2016. Ten models were at least 1.9 times more likely than average to be held onto by the original owners for 10 years or more.

They also analyzed the cars by brand, and Subaru was the #3 automaker on the list, with their all-wheel-drive models being held onto longer than any other. What are the top models and brands?

The top-ten list includes five Toyotas, three Hondas, one Lexus and one Subaru. The percentage of the original owners who kept their new car for at least a decade ranged between 4.0 percent to 32.1 percent.

Subaru gets kudos for the Forester SUV being their top-ten model for the longest ownership, and they are one of the top three brands for their entire vehicle lineup being kept by their owners the longest.