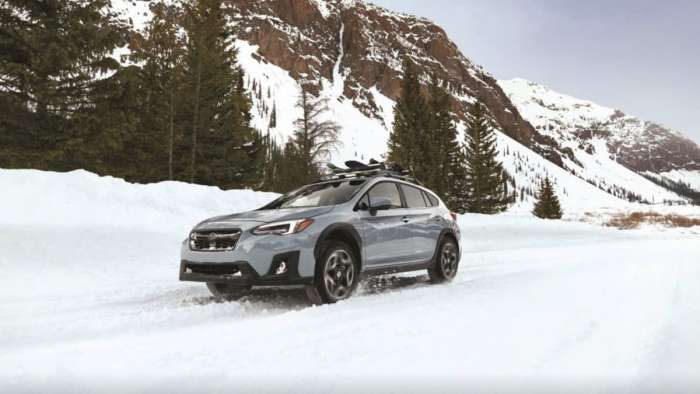 Subaru has announced the recall for 2019 Forester and Crosstrek models for power steering defects will not affect customers. Your vehicle is not on the list.
Advertisement

Subaru of America is recalling certain 2019 Forester and Crosstrek vehicles built in Japan but it will not affect customers. Production range is from December 27, 2018-January 16, 2019, but current Subaru owners are not affected because none of these new Forester and Crosstrek models have been sold. The National Highway Traffic Safety Administration (NHTSA) says the recall began February 7, 2019, so it shouldn’t affect the supply of these models.

The reason for the recall is because a connector inside the Electronic Power Steering (EPS) unit may short circuit resulting in a loss of electric power steering assistance. A total of 10,417 U.S. vehicles will be affected and will be fixed before they are sold.

This recall is the reason the Subaru plant in Gunma, Japan was shut down from January 16 through January 28, 2019. Subaru’s Gunma plant accounts for about 60 percent of its global production where it builds Forester, Crosstrek, WRX, WRX STI, Impreza, and BRZ models. Subaru’s plant in the U.S., in Lafayette, Indiana, that manufactures the Outback, Impreza, Ascent, and Legacy models has not been affected by this latest power steering unit defect.

New 2019 Subaru Forester and Crosstrek models built during this time frame are still on dealer lots and will be pulled for sale until they are inspected or repaired. The affected 2019 Forester and Crosstrek vehicles were identified during transit from Japan to the U.S. dealers. Subaru of America has notified dealers and they will inspect the steering gearbox, replacing it as necessary before the vehicles are sold to the public.

mark creasy wrote on March 12, 2019 - 9:56pm Permalink
Only problem is the dealers weren't notified of the defect until some of the cars had left the port. So now I have put a deposit on a Forester and was told I can't have it until they get the part to fix it. The problem is the parts are being sent with a vin attached. So they have to be installed on that vehicle. I understand that the part needs replaced but this problem was known since the end of January. I was told the dealer doesn't know when the part for my car might show up. Its just a waiting game that for me is going on 2 weeks now.
Sheila Briner wrote on March 15, 2019 - 2:25pm Permalink
What Dealership did you use? I used Troncalli in Cumming, GA............ and I'm in the same boat. This absolutely DOES affect Customers...........
Kevin Davidson wrote on March 25, 2019 - 4:51pm Permalink
Hopefully you have received your Forester by now. I also put a deposit down and I'm pretty sure they knew about this problem before I put my deposit down. I have a vehicle order agreement which I would think you would too that if the vehicle is not available by a certain date then you can get your deposit back.
Sheila Briner wrote on March 15, 2019 - 2:23pm Permalink
This does affect customers............. those of us who put a deposit on a new vehicle and expected it to be delivered in the time frame promised. And that promise has been broken with delayed as scheduled. This is not a good first impression of Subaru at all. Where's my car???
Mary Treder wrote on March 19, 2019 - 10:28am Permalink
I've been looking for a new Forester Premium in the Phoenix, AZ area for a month and nobody has them in stock. (Now I know why.) Finally found what I wanted, put down my deposit and was supposed to get it this week, but last night my dealer called to say they'll have to wait to get the part, possibly as long as the end of April.
Nelson wrote on March 23, 2019 - 3:24pm Permalink
I'm in the same boat. Deposit paid, cash in hand. No car.
Laverne Woody wrote on March 24, 2019 - 1:35pm Permalink
I agree that this does affect customers. I left a deposit on a 2019 Forester Touring in white with saddle brown interior on February 4, 2019 and was told that it would be 8 to 12 weeks before delivery. It’s going on 8 weeks with no delivery date scheduled. The dearler, Faulkner in Bethlehem, PA, should have told me about the problems taking place with the Forester and I would made a decision to purchase something else or wait based on knowing the facts. I’m leasing a vehicle and my lease expires April 1, 2019 and i’m being told they still don’t have a release date for the Forester, just some time in April. They told me I could use their loaner for a week or two however if the vehicle doesn’t come in within that time period i would have to return the loaner. The salesperson asked me if I wanted a refund on my deposit and I said no I want the car that I ordered 8 weeks ago. He never once mentioned the problems Subaru was having with the 2019 Foresters. This is so unfair and I’m very disappointed that I chose this vehicle when there were other brands equally as good. Honestly is always the best policy Faulkner.
susie swan wrote on December 19, 2019 - 10:23am Permalink
The brand new 2020 Forester Sport lasted exactly 2 weeks. Driving to work, (the same route I take every day for 3 years), I heard beeping. Thinking it was the lane departure, I continued to drive, but the beeping did not stop. i could not look at the dashboard as I was driving onto an entrance ramp to highway, when, suddenly, the steering wheel turned left sharply and locked. i could not turn the wheel, nor could brake. Both locked. The car veered off the road to the left, onto an embankment and flipped over. I,m lucky to be alive. Although Subaru dealer and Subaru of North America claim there have never been any problems with Subaru Forester. They have no knowledge of steering probs (really?). But are they really fixed? My worry is that Subaru is dragging its tail investigating whether this problem continues with the 2020 Forester. Someone could seriously get killed.
Bruce Gerke wrote on December 30, 2021 - 11:44am Permalink
I have a 2013 crosstrek the steering is hard to the right apparently the only answer is replacing the rack and module...125k miles bs!