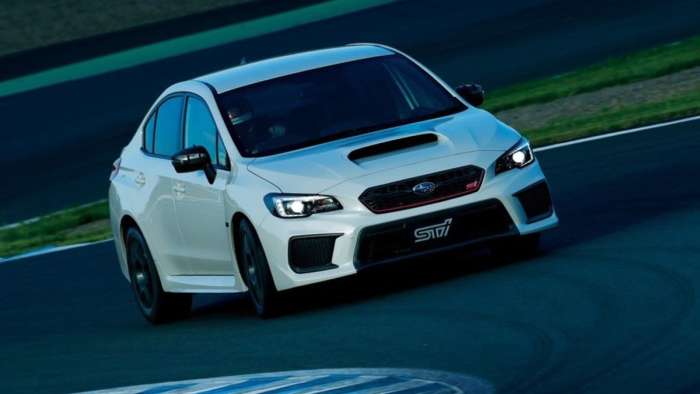 But things could be changing as reports from TheDrive.com say Subaru of America has filed a US patent for the name "S209" as pertaining to "automobiles and structural parts and structural fittings therefor" as well as "floor mats for automobiles.” That’s good news for WRX STI fans because it’s the designation for a 2019 Subaru WRX STI S209 Limited Edition model that could be coming to the U.S. market next year.

The latest Japan-only 2018 WRX STI S208 is the top-end STI model that has modifications to the engine, suspension, and exterior and interior enhancements. It came powered by an STI hand-built EJ20 2.0-liter DOHC 16-valve dual AVCS twin scroll turbo boxer getting a small bump in power over the S207. STI increased the maximum power output to 329 PS (325hp) which is 2hp more than the S207. It has a maximum of 432 Nm of torque (318 lb ft of torque).

There has been no confirmation from Subaru about the new WRX STI S209 model or what engine it could get if it does make it to U.S. shores. We can speculate it would still be powered by the EJ25 2.5-liter turbo Boxer but would likely get a bump in power over the 310-hp WRX STI Type RA ( Record Attempt) limited edition model that launched in the U.S. last year.

It could get a carbon fiber roof and a dry carbon-fiber trunk lip spoiler like the Japan-spec S208 along with other special exterior and interior treatments. The new 2019 Subaru WRX STI S209 would also likely be limited to around 500 examples for U.S. performance enthusiasts and each model numbered with a plaque inside the cabin.