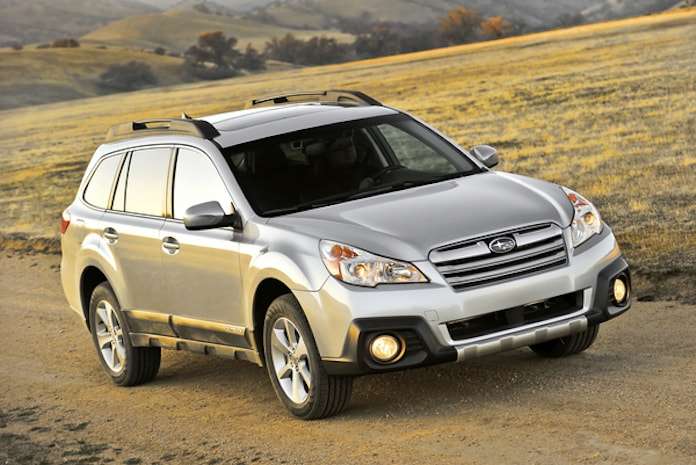 Subaru Expands Takata Air Bag Recall; Is Your Vehicle On the List?

NHTSA says, “These vehicles are equipped with certain air bag inflators assembled as part of the passenger frontal air bag modules used as original equipment or replacement equipment. In the event of a crash necessitating deployment of the passenger frontal air bag, these inflators may explode due to propellant degradation occurring after long-term exposure to absolute humidity and temperature cycling.”

This massive recall isn’t over yet

Future phases of the Takata recalls will be implemented each year until the year 2020, to include additional vehicles until all non‐desiccated Takata sourced passenger side Takata air bag inflators are recalled. According to the LA Times, there have been 19 deaths worldwide, and 13 deaths in the U.S. blamed on faulty Takata inflators. The defective inflators have sparked the largest automotive recall in U.S. history, involving 42 million vehicles and 69 million inflators. More than 100 million autos have been recalled worldwide.

This latest recall affecting 2009-2013, Forester, Outback, WRX/STI, Legacy and Tribeca, and 2009-2011 Impreza models is expected to begin February 9, 2018. Subaru will notify owners my mail, and dealers will replace the front passenger air bag inflator, free of charge. Owners may contact Subaru customer service at 1-800-782-2783. Subaru's number for this recall is TKA-18. Owners can also use the Subaru vehicle recall VIN lookup here to check for the latest recall information on your vehicle.

Lesa Newmaster wrote on May 11, 2018 - 1:53pm Permalink
My 2013 Subaru Impreza has the same problems with the airbag as described in the 2012 Impreza. I understand the 2012 and 2013 have the same airbag. I took my car to the Subaru dealer a year ago complaining about the airbag and was told the moisture from a sweating water bottle was the probable cause of the problem and nothing was repaired. I continue to have the problems and am taking my car back to the dealership to have the airbag repaired under my extended warranty. I have been afraid to have anyone sit in the passenger seat of my car and am very unhappy that I was not made aware of the danger and that my car was not voluntarily repaired. The fact that I had to discover on my own that there is a known problem with this vitally important safety feature definitely shakes my trust in Subaru. I bought a Subaru specifically because I wanted a safe vehicle from a company I felt I could trust. Please rectify this problem and include all vehicles with this defective part in your recall and notify their owners so innocent people aren't hurt or killed. I also have a thunking noise in my brake and gas pedals that has been there since the car had 17,000 miles on it that I was told is normal, I am now afraid it is something dangerous too. Please consider the safety of your customers and your reputation for building safe vehicles that people can trust. If nothing else my car should have been repaired the first time I took it in and I should not have been told a "sweating water bottle" was the cause. Lesa Newmaster
Alex wrote on July 3, 2018 - 9:40pm Permalink
My 2015 Forrester had a front end collision but no one got injured. However, I was surprised that the airbags did not go off