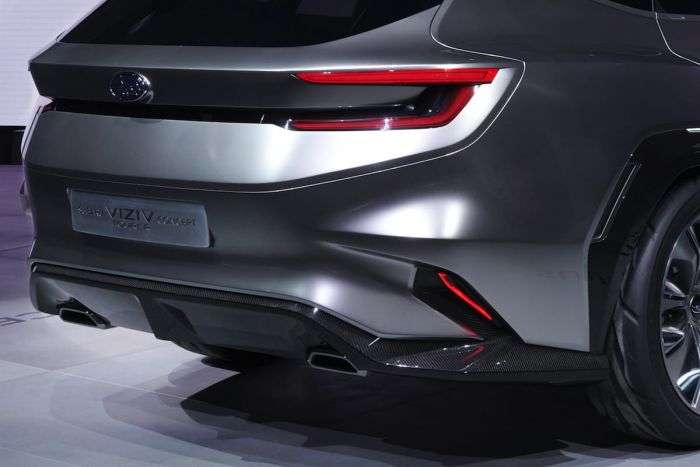 Subaru Design Chief; “We Don’t Have Plans To Bring Back WRX Hatch”

Subaru design chief says the WRX hatch isn’t going to happen. Here’s what he told a reporter at the Geneva Auto Show.
Advertisement

If you want Subaru to bring back the WRX and WRX STI hatch for the next-generation model, it doesn’t look like it’s going to happen. Mamoru Ishii, the head of Subaru’s design department, told Ronan Glon of Digital Trends recently at the Geneva Motor Show, “We don’t have plans to bring back a WRX hatch to the market.”

Subaru brought the VIZIV Tourer Concept to Geneva and most thought it would be a forerunner of the next WRX hatch body style. But unless this is just a smoke screen by Subaru design chief Mamoru Ishii, the Subaru WRX/STI hatch could be dead. We aren’t sure what Subaru has in mind for the VIZIV (“Vision for Innovation”) concept hatch, but this model hasn’t been approved for production.

Subaru has produced a series of VIZIV concepts starting at Geneva in 2013, and the VIZIV series has included a crossover, hybrid, performance and seven-seat concepts, but not all have made it to production. This VIZIV Tourer Concept is Subaru Corp’s fifth project, this time exploring the tourer (wagon) design.

Subaru is always tight-lipped about their next-generation models, and the fourth-generation WRX/STI is no different. Subaru has been mum about any future plans until now. Subaru execs like Mamoru Ishii aren’t going to reveal any future model plans, but he says there are no plans to produce a WRX hatch anytime soon. The sales numbers say Americans are buying a lot more 5-Door models than sedans.

In 2017, compact and subcompact car sales were down 25 percent in the US, while hatchbacks in those same classes have risen 16 percent. Ford seems to have it figured out. While hatchbacks account for about a quarter of industry small car sales, Ford’s Fiesta and Focus outperform that significantly at 33 percent and 40 percent respectively. Ford sales analyst Erich Merkle told USA TODAY, “Hatchbacks are the nugget of hope for the small car segment.”

Subaru WRX STI fans have been asking for a 5-Door hatch since Subaru dropped the body style on the new-generation 2015 model. Performance enthusiasts want the hatch body style for its greater utility and cargo-carrying ability. The new-generation STI could also use a hatch body style to compete with the new Honda Civic Type R, and Volkswagen Golf R hot hatches. It does have its place in the WRX STI lineup and if Subaru doesn’t bring it back, they aren’t listening.

Reader Poll: Do you want Subaru to bring back the WRX/STI hatch body style?

Elon Makes a Cybertruck Statement With an Action, But Quiet in Words
Tesla's Record Month in China: Doubled Registrations in March 2021
END_OF_DOCUMENT_TOKEN_TO_BE_REPLACED