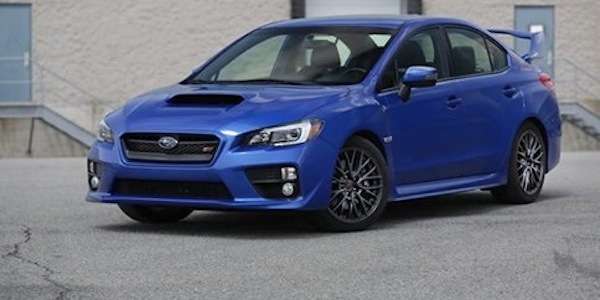 The 2015 Subaru WRX and WRX STI performance cars are hot both on-and-off the track and dealers wish they had more to sell for the Holidays.
Advertisement

The 2015 WRX/STI performance sedans and Subaru of America (SOA) are definitely on a roll and they continue the blistering record-setting pace in November. SOA reports that the Japanese automaker has seen the best November in the company’s history with sales of 45,273 vehicles here in the U.S. That’s a 24 percent increase over November 2013.

Best November ever for WRX/STI

November also saw a new individual record for the new-generation 2015 Subaru WRX/STI performance sedans. This was the best November ever for the new-gen 2015 WRX/STI as more of the performance cars are arriving on North American shores. Performance enthusiasts have ordered the performance cars earlier in the year and many have waited months for their hot sedans to get here. Subaru dealers have very few in the showrooms to sell and could sell even more if they had them.

It’s been a remarkable year for Subaru of America, and the WRX/STI has played a big role in the Cherry Hill-based automakers success here the U.S. SOA reports that the new-generation sedans are having a record year and best sales since 2003. Over 20,000 WRX/STI vehicles have sold year-to-date for the first time since 2003. SOA reports a total of 22,676 of the performance cars have been delivered to performance enthusiasts this year alone. Subaru dealers across the country wish they had more to sell for the Holidays.

Subaru Canada, Inc. (SCI) is also seeing record numbers of Subarus being sold and reports a new all-time annual sales record and its best November results ever. The new WRX/STI is a contributing vehicle in the successful year and SCI reports that sales of the new 2015 Subaru WRX/STI line rose over last November with an increase of 26.4 percent. The WRX/STI has always been popular with Canadians and five Subaru vehicles placed in the top ten at the final round of the Canadian Rally Championship at Rally of the Pines in Bancroft, Ontario. The 2015 Subaru WRX STI rally car was one of those top five finishers.

Even though 2015 Subaru WRX/STI buyers are having to wait months to get their performance cars, it hasn’t hurt sales and there is a huge pent-up demand for the sedans. We can just imagine the fever pitch when Subaru brings out a new WRX/STI hatchback variant.