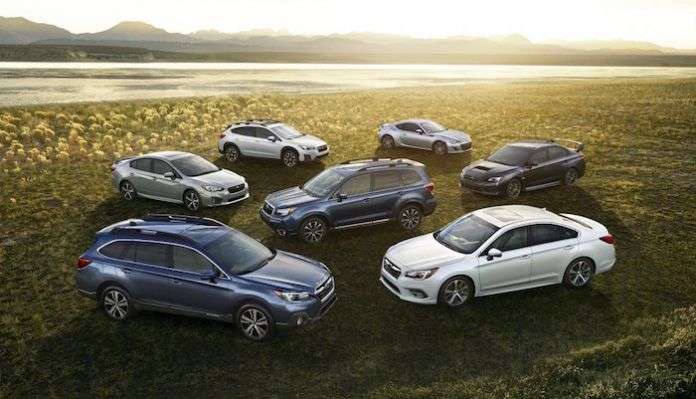 Subaru and Nissan come clean about faulty auto inspections. Should consumers be worried about their vehicle’s quality?
Advertisement

Subaru Corporation has been caught with their proverbial “hands in the cookie jar” along with Nissan. They’ve been caught not adhering to inspection standards the Japanese government has in place that involves factory employees who are not certified signing off on final inspections on the vehicle’s functions like brakes, steering and other vital areas to ensure safety before they are released for shipping. Should consumers be worried about their vehicle’s quality?

Last month, Subaru said the improper vehicle inspection procedures have been going on for more than 30 years. Subaru originally said it would recall up to 255,000 domestically-produced Subaru vehicles at a cost of $44 million. According to a report by Automotive News, now they’ve estimated the recall will grow to 400,000 vehicles in Japan at a cost of $88.18 million with Subaru widening the scope of the recall as a precaution.

What’s up with Nissan and Subaru?

The auto industry is highly competitive in Japan and automakers are trying to squeeze out every bit of profit possible. According to an interview with Japan Today, an unnamed auto employee, said there’s two reasons why the automakers are using uncertified technicians to sign off on final inspections. It’s to keep the factory running at full-speed, and the other is to reduce overtime.

The automaker’s employee, speaking on condition of anonymity, says “The inspection requirements which Nissan and Subaru tried to get around, were because they are not easy to meet. These inspectors are highly specialized and as a result earn high salaries and their expertise is too narrow for them to be shifted to other work between inspections. The report says, “When not inspecting, they are idle.”

How does this affect consumers?

If automakers like Subaru can keep their plant running at peak-efficiency and keep production costs down, consumers win. The benefit for consumers is they can purchase a Subaru vehicle like the 2018 Subaru Outback ($25,895), 2018 Forester ($22,795) or 2018 Crosstrek ($21,795) close to or under $25,000. Interestingly enough, the inspections done by uncertified techs has been going on for over 30 years and hasn't lessened the quality of Subaru product’s vital functions. Consumers will likely see the cost of that new Subaru and Nissan vehicle go up in the near future.

LG's New EV Battery Plant Is a Welcome News for Tesla
Tesla Giga Berlin's New Hurdle: It's Not Only the Gov't, but Now Tesla Itself
END_OF_DOCUMENT_TOKEN_TO_BE_REPLACED