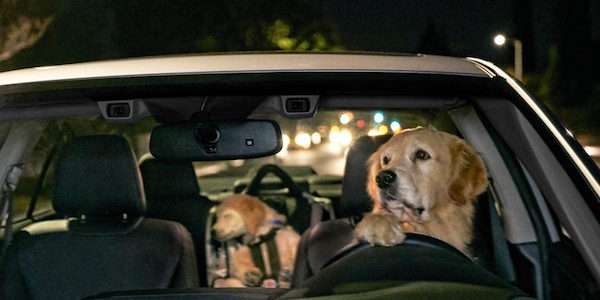 With Super Bowl 50 ads running in the millions, you won’t see tiny Subaru on Feb 7 when the Denver Broncos play the Carolina Panthers.
Advertisement

With the cost of a 30 second Super Bowl ad running as much as $5 million this year, it’s understandable why Subaru has chosen another channel. Everyone remembers the Barkley family featured in 2013. Now they are back with 5 new TV Spots. Subaru knows many of their customers love dogs and they are capitalizing on this again in 2016. Subaru says, eight out of 10 Subaru owners are pet owners. Even if you don’t own a Subaru, the commercials are good.

The national television spots are created by ad agency Carmichael Lynch on behalf of Subaru of America. They have created the Subaru “Love” campaign that has been a huge success for the brand. In another smart marketing move during Puppy Bowl XII, Subaru encourages fans at home to share photos of their own dogs using #PuppyBowlSubaru. Subaru will also create a custom Barkley emoji for Twitter that will auto-populate once users tweet #DogApproved to help pet lovers everywhere share their love of Subaru and their pets with friends and family. Corny you say? It’s working for the small Japanese automaker.

How well are the ads working?

When Subaru decided to deviate from engineering and feature-focused campaigns in 2008 to embrace "Love," an umbrella campaign focusing on the passion points of Subaru owners, the automaker has posted seven consecutive years of record-breaking sales. Last year, Subaru sold an all-time record 582,675 vehicles, up 13.4 percent over 2014.

With so many dog lovers in America, why not capitalize on it? Subaru is. The new Barkley family dog ads will focus on everything from driving their Subaru Forester around town, trying to get their kids to sleep and even dealing with other doggie drivers. Watch one of the new TV spots as the Barkleys’ bedtime routine goes awry.