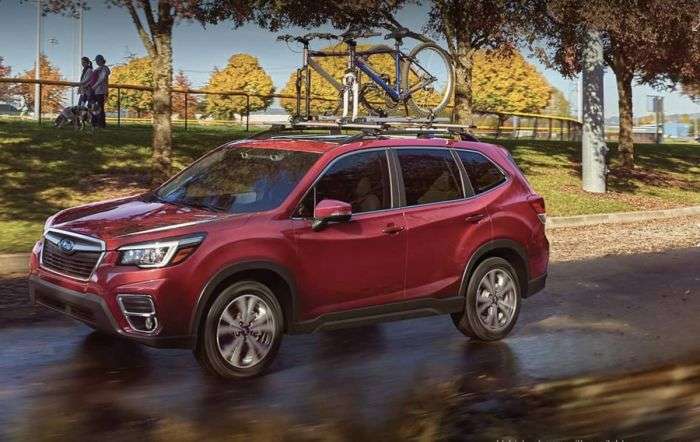 Subaru Is Bottom 4 Automaker In J.D. Power IQS; Is EyeSight the Reason?

Subaru dropped in the 2018 J.D. Power Initial Quality Study and are well below average compared with other automakers. As more Subaru customers opt for the brand’s EyeSight driver assist safety system, it could be why the Japanese automaker gets a low ranking.

The study examines problems experienced by vehicle owners during the first 90 days of ownership. Initial quality is determined by the number of problems experienced per 100 vehicles (PP100), with a lower score reflecting higher quality. Subaru has been improving the last two years, until the recent 2018 study where they slip to fourth from the bottom.

Subaru leads the industry with their EyeSight driver assist system and the Outback, Forester and Crosstrek equipped with EyeSight get the highest IIHS safety ratings. But the safety system could be a reason why the Japanese automaker is ranked lower than other automakers by the J.D. Power IQS study.

Dave Sargent, Vice President of Global Automotive at J.D. Power says, “As we look to the future, avoiding problems with safety and driver assistance technology is critical. In an era of increasingly automated vehicles, vehicle owners have to be comfortable using foundational technologies like lane keep assistance and collision avoidance. Otherwise, automakers will not easily overcome consumer resistance to fully automated (driverless) cars.”

Subaru has created a niche market with their all-wheel-drive multi-purpose vehicles like the 2018 Forester SUV, Outback wagon and all-new 2018 Crosstrek crossover, and more customers are opting for the EyeSight safety system on their new vehicles. It could be a reason why the Japanese automaker is ranked lower than other automakers. Subaru has seen record sales in the U.S. for the past 9 years, and their low ranking doesn’t seem to affect strong customer loyalty.

David Platt wrote on June 21, 2018 - 2:42pm Permalink
The 2018 Subaru Crosstrek comes with eyesight 3. This system can follow and ascertain targets at a further distance than say the iSight 2 in a 2015 outback. The system is also noticeably smoother than the aforementioned. Also automatic headlights are now managed by the iSight computers and are much smarter. This article is incredibly uninformed and one dimensional.
Christine Herrick wrote on January 1, 2019 - 2:35pm Permalink
My 2019 Forester which I purchased on December 26, 2018, has a headlight feature which I find disconcerting and possibly dangerous. When you are driving in a dark area, at night, which I do to get home, the headlight blacks out 3/4 of the windshield, on low beams. It is totally blackened and I must turn on high beams just to see ahead. Never have I experienced anything like this in a vehicle. I found out that Suabaru put eyelids over the light bulbs to cut down on the brightness of the LED lights. I am not pleased with it. I don't drive much at night but when I do I think this will be frustrating and dangerous. I'm at a loss in what to do.. they said I'd get used to it. Hum. Not sure about that. What alternatives do I have?