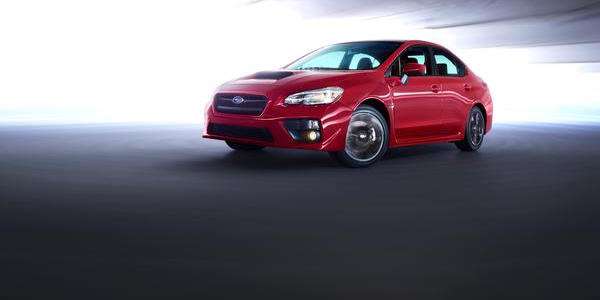 A recent study finds it’s smarter to buy a new 2017 Subaru WRX, not a one year old model. What other gripping data did the study find?
Advertisement

A new study conducted by iSeeCars.com found that while just 1.5 percent of buyers resell their new cars within the first year of ownership, some models like the Subaru WRX sports car are given up by their new owners at a much higher rate. BMW and Mercedes top the first 3 spots. The Subaru WRX is in the top 10. What’s up with the WRX sports car?

iSeeCars.com, the automotive research firm, says they analyzed over 24 million individual new car sales and counted how many of those new cars were reselling as used within the first year. They found eleven models that are sold by their new owners at twice the rate of resale of the average car, and some like BMW and Mercedes, at a much higher rate (Mercedes 3 Series 8%, Mercedes C-Class 6.1%). The Subaru WRX was number 10 on the list with 3.3 percent of new owners selling their performance car within the first year of ownership.

What’s up with WRX?

iSeeCars.com also calculated the percentage of value that each of these cars drop in price after that first year. In addition to luxury models BMW and Mercedes topping the list, the poplar Subaru WRX makes iSeeCars.com’s list, though with the lowest percentage discount. iSeeCars.com says,”We know that the sporty WRX has been a popular model, which is why we suspect that the discounts aren't very large on cars that are being resold shortly after they were purchased new, but our research indicates that owners have consistently tagged the WRX as being noisy, with its share of rattles. That's par for the course with its road rally heritage, though it stands to reason that it might be a bit too much for some buyers.”

The study shows the Subaru WRX has an average retail price of $32,634 when new, and has a resale value of $30,625 after one year. That’s just a 6.2 percent drop. The average car drops 12.7 percent, while some models like the Chrysler 200, Dodge Dart and Nissan Versa Note drop more than 20 percent in one year. This tells sports car buyers, it’s much smarter to buy a new Subaru WRX than buying one that’s one year old. It’s not surprising, as many reports show the WRX keeps its value better than most cars. More on Page 2.

Why are 3.3 percent of new WRX performance cars sold after just one year when the average is just 1.5 percent? The 3.3 percent were likely not informed by the sales person that WRX will be “a bit too much” for the average sedan buyer. It has a firm sports suspension, not a cushy sedan ride, the 6-speed gearbox is for driving enthusiasts, not for your average commuter, and it requires premium fuel for best performance. If you look at the glass half-full, it indicates that 96.7 percent of new WRX owners are happy, and are not selling their car after that first year. A small number of buyers were likely not told, the compact sedan is a performance sports car and not for everyone.