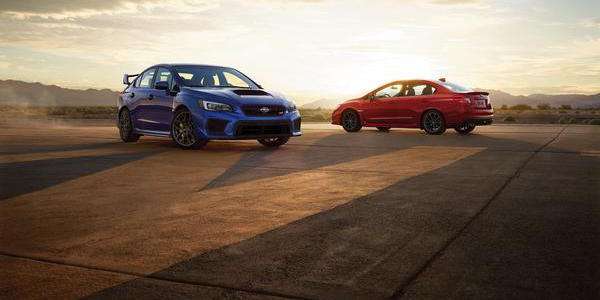 The 2017 Subaru WRX and WRX STI do it again. They score “Best Sports Car” 6 times in 9 Years. Why should you wait for the 2018 STI?
Advertisement

The 2017 Subaru WRX and WRX STI are the “Best Sports Car” values on the planet according to ALG Canada. In ALG’s recent 2017 Canadian Residual Value Awards, the high-performance sedans score number one for having the best residual value in the hotly contested Sports Car segment.

One of the most impressive facts, is that the Subaru WRX and WRX STI four-door sports sedans, take home ALG’s top honors as Best Sports Car for the second time in a row, and the sixth time in nine years. Kelly Blue Book also says Subaru vehicles depreciate less than any other car brand in America.

What does it mean for performance car buyers?

According to ALG, the 2017 WRX and WRX STI are predicted to retain the highest percentage of their original price after a four-year period better than any other sports cars. This segment is typically known for their value dropping quicker, but not the WRX/STI sedans. For this reason, if you are thinking of buying a used STI, it might be better to wait for the new 2018 WRX/STI because they hold their value so well.

The Subaru brand has been known for its performance models dating back to the 90s when they achieved global success on the rally stages. They’ve continued to build on that motorsport heritage with the 2017 Subaru WRX and WRX STI performance models. Subaru has attracted a wider audience with the performance WRX in recent years, and a new generation is finding out the driving dynamics of the sports cars, peg the fun-to-drive meter.

The Subaru WRX and WRX STI are the best values on the planet according to ALG, and resale values are higher than all other sports cars. The newly-refreshed 2018 Subaru WRX/STI is coming soon and gets 20 additional upgrades. You might want to wait for the new models when they begin arriving at Subaru showrooms this spring.