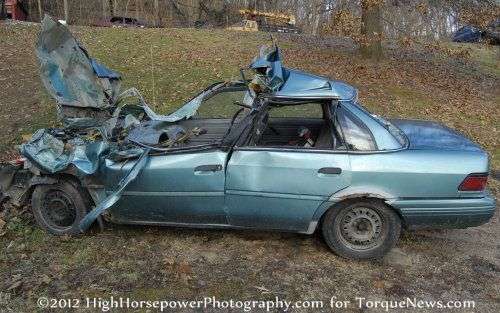 A recent study found that fatal auto accidents increase on tax day due to the added stress of filing tax returns.
Advertisement

Tax day, April 15th, falls on Sunday this year and we all get a little extra time to file our taxes. But this year, taxes won’t be due until Tuesday April 17th because Monday is Emancipation Day, a holiday in Washington D.C. that celebrates the freeing of slaves in the district. Under the tax code, filing deadlines can't fall on Saturdays, Sundays or holidays.

But you might want to be extra careful as you drive to work next Tuesday. In a study done by the Dr. Donald Redelmeier at the University of Toronto, they found that fatal traffic death’s on Tax Day are six percent higher than on any other day of the month. That may not sound like much, but Redelmeier said it means an average of about 13 extra deaths per day and amounts to about $40 million in annual losses to society.

The researchers at the University of Toronto analyzed data from the National Highway Traffic Safety Administration and found the startling statistics. They analyzed 30 years of data and found 6,783 traffic-related deaths on Tax Day, or 226 per day. That compares with 213 per day on one day a week before the deadline day and another day a week after.

The IRS reports that it expects to receive more than 144 million individual tax returns this season, with the majority projected to be submitted by the new April 17 deadline. As the majority of people wait until the deadline to file their taxes, it could be that all those drivers are rushing to the post office to get their returns in and driving recklessly. Or the researches have determined, as people procrastinate and wait until the last minute to get their taxes done, the added stress could be the reason motorists are distracted from driving and leads to human error.

Russ Rader, a spokesman for the Insurance Institute for Highway Safety, said “having more motorists on the road and drivers taking routes that are not in their everyday routines might make Tax Day riskier”. Many people will be burning the midnight oil Monday night and not only stressing out about getting the returns done, but also getting less sleep which could also contribute to the higher fatality rate.

We aren’t quite sure why the Canadians are concerned with the U.S. tax code, but the IRS doesn’t seemed too concerned and they just keep making it more complicated every year. When asked about the results of the study, a spokeswoman for the Internal Revenue Service declined to comment.

Just be extra careful next Tuesday if you are out driving near a Post Office.