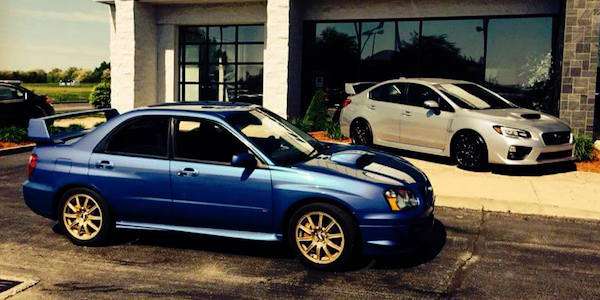 Study: Expect to Wait Longer Merging in Traffic if You Drive a Subaru WRX/STI

A study reveals motorists don’t like Subaru WRX and WRX STI drivers. How do they react to them in traffic?
Advertisement

The study by OSV Ltd revealed, one in six motorists would not let a Subaru vehicle in if they were trying to merge in to traffic. Among male drivers, Subaru ranked as the number one vehicle they would not let in. And Subaru WRX or WRX STI performance cars that were “souped-up” had an even greater chance of not being let in. (33.8 percent).

Motorists in the UK don’t like the performance cars, and men like them even less when they have to let them merge. A report by Pendle Today says, “Males picked out Subaru’s, the car made famous by the World Rally Championships, as the car they would be most unlikely to let out.” We have a good guess as to why this is.

Why do motorists dislike STI drivers?

The reason could be, because WRX and STI drivers tend to make bold moves in traffic with their rally-bred performance cars. The cars are designed to handle extreme maneuvers, especially the WRX STI, and their owners push them harder on the road than other vehicles out there. Other motorists see this, and won’t give them room to get back in if it’s at a merge point on the road. Because they were trying to get ahead of everyone else before, now they want to make them wait.

WRX/STI get the most tickets

It’s proven in the U.S., WRX/STI drivers rank number one for getting the most speeding tickets. Another study by the Insurance.com shows drivers of the performance Subaru WRX/STI get close to double the U.S. average for traffic violations. Is this really a surprise Subaru WRX and WRX STI performance cars get driven faster by their owners?

What brand is number one least likely to be let in traffic? It’s another car that is designed to be driven, the BMW. The report says, “This survey has shown that if you drive a BMW, you will be waiting around a lot longer than if you drive any other brand.”

It doesn’t bode well if you drive a BMW M or a Subaru WRX or WRX STI performance car, especially with added modifications. Expect to wait longer in traffic if you are trying to merge if you live in the UK. Our guess is, if the study were done in the U.S., there would be similar findings. WRX and WRX STI drivers seem to have a target on their cars and other motorists don’t like them. You can expect to wait in traffic longer.

Mike wrote on February 7, 2016 - 4:07pm Permalink
This is proof of jealousy rearing its ugly head.