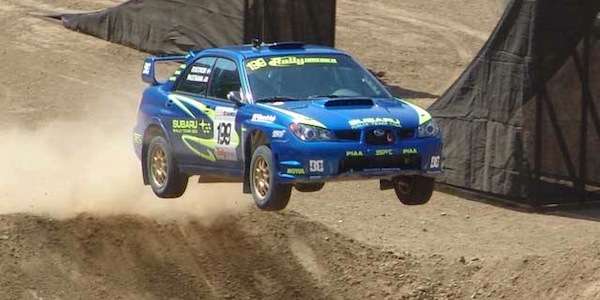 STI Philosophy: How the 2015 WRX STI was created and improved

The 2015 Subaru WRX STI is the fastest and most competent STI ever produced. What went into its development?
Advertisement

Subaru Tecnica International (STI) is the performance division of Subaru and builds the fastest 2015 Subaru WRX STI ever. They are all about performance and how to make the STI better on the road and track. They test the performance car on the Nurburgring in Germany to see how to get the maximum performance from the sports car.

STI philosophy is simple: The monastery of performance. STI is a “think tank” of driving theory, and a university of automotive principles. STI is a division of Subaru that is made up of engineers who tirelessly study, experiment, and test, in a never-ending quest to uncover the root fundamentals of performance. They are always asking, “How are performance and confidence connected? What makes a car go faster? What makes a vehicle more enjoyable to drive?”

It starts on the track

STI uses motorsports to test the performance of the WRX STI. They listen to racers and drivers and learn from what happens on the track. They use simulators, wind tunnels and tracks like the Nurburgring Nordschleife to put what they learn to the test. They drive in snow, mud, in severe conditions during competition so they can develop a car that is better than the rest. STI wants the driver who buys the 2015 WRX STI to have “the ultimate automotive experience.”

It started with the Impreza 22B STI version which was released in 1998. The performance car was built entirely by hand and in-house by STI. It’s one of the rarest and most sought-after Subaru vehicles on the planet. Only 424 of these vehicles were produced and it was designed to commemorate Subaru's 40th Anniversary as well as the third consecutive manufacturers' title for Subaru in the FIA World Rally Championship (WRC).

The 2015 Subaru WRX STI has a long rally history and it takes special suspension upgrades to withstand the tough conditions it encounters. One key component is the STI Flexible Strut Tower Brace that was developed in STI’s search for optimum balance. The STI Flexible Strut Tower Brace was designed with the aim of controlling these extreme forces that the STI rally cars are subjected to.

STI gets full potential out of WRX STI

STI says the Tower Bar features a unique layout, divided into separate left and right sections and connected by link balls, which serves to suppress any lateral movement, while offering flexibility in the longitudinal direction. STI tightens the settings where needed, and loosens in other areas to achieve the best handling and straight-line performance, and at the same time outstanding ride comfort.

How did STI produce the fastest WRX STI ever? The WRX STI has been tested all over the globe in severe conditions for decades. The 2015 Subaru WRX STI gets the ideal platform from its motorsport heritage and STI’s commitment to getting the full potential from the WRX STI sports car.