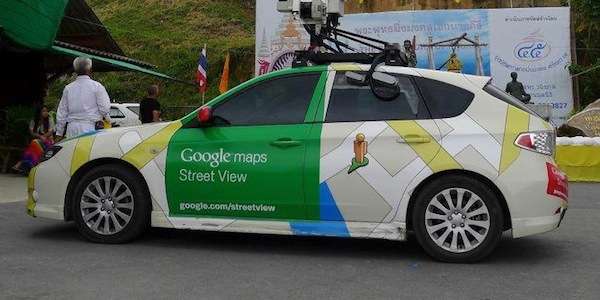 Google Maps uses specially-outfitted 2014 Subaru Impreza to conduct surveys. What did this Google driver do that was so strange?
Advertisement

When this Google Maps driver got up last Wednesday, he didn’t know it was going to be such a bad day at work. Google Maps uses new specially-outfitted 2014 Subaru Imprezas to conduct their street surveys. The drivers need to be aware of other things beside the road and can be distracted if they aren’t paying close attention. But this Google driver did something strange and caused a crash that totaled another vehicle.

AOL News reports that 28 year old Google employee Alexander Spurr was driving the Subaru Impreza while doing the surveys in Little Rock, Arkansas and drove the wrong way down a one-way street. Spurr caused several thousand dollars and totaled the car driven by the other driver, Dylan Case. Spurr apparently tried to make a u-turn in the middle of the street but hit the other car in the process.

Google may be sued over the accident

AOL says, Case, claims Spurr also ran a red light before hitting him and totaling his car. After the local police arrived and assessed the accident, the Google driver was cited for “careless prohibited driving.” The report says Case is going to take Google to court over the accident that happened last Wednesday.

Not the first accident by a Google driver

This isn’t the first accident by a Google driver in a Subaru Impreza. Google made the news earlier this year when a San Diego researcher died from being struck by a Subaru Impreza street view car. It was called an "ironic" car accident in the news headlines because the victim, Dr. Robert Epstein was a critic of the mega company. But bystanders who saw the accident said it was just coincidence and investigators also said Epstein didn't look before crossing the street.

Google is also using the new Subaru Impreza compact cars in New York City to help detect leaking methane on Staten Island. The specially-equipped Google cars have methane detection equipment threaded through the front grill and connected to a spectrometry machine in the trunk. It enables Google to use the cars for near real-time analysis of incoming air samples.

Google has not disclosed how many of these specially-outfitted 2014 Subaru Impreza’s are out on the streets, but there are many out there that are being used to take photos along streets that can be seen on its maps in Street View mode. There are also a few in New York City to help detect leaking methane. If you see a 2014 Subaru Impreza painted with Google maps Street View on the side and back, you might want to give the driver plenty of extra room.