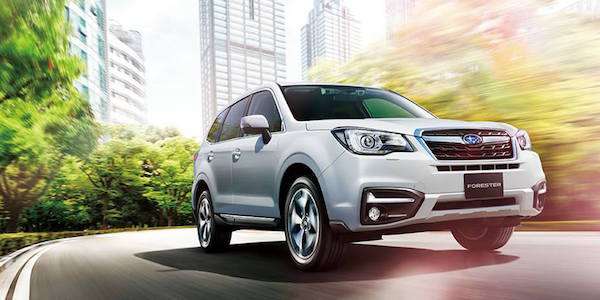 Ranked: The Best and Worst Vehicles for Visibility; Subaru has 3 on the Best Side

Which SUVs and cars provide the best and worst view of the road? Subaru has three on the best side.
Advertisement

Subaru gets criticized for their uninspiring styling, but there’s a reason behind the Japanese automaker’s styling cues. Three of their cars offer the best outward visibility on the planet. It's one of the Japanese automaker's core values. The 2017 Subaru Forester, Outback and Legacy all scored highest in a recent Consumer Reports study. Here’s what they found.

Many new vehicles come with driver aids to help you know what’s going on around your vehicle like backup sensors, blind-spot monitors, and rear cross-traffic-alert systems. But there’s no substitute for being able to actually see the cars around you. The raked roof lines look cool, but they also don’t allow the driver to see their surroundings. Here’s CR’s interesting findings on which vehicles have the best and worst visibility.

Subaru Forester. The boxy design has been criticized and Subaru is proud of the small SUV’s big windows, square greenhouse, thin roof pillars bringing outstanding visibility for the driver. CR says there's a small blind spot at the rear corner, “but it's not too bad, and the big side mirrors help.” The upright design also gives Forester a roomy interior.

Subaru Outback. Right on the heels of the Forester is another Subaru all-wheel-drive vehicle, the Outback. The wagon also offers big windows, thin pillars and a big greenhouse that all optimize visibility, making it easy to see out the back and minimize blind spots. Both Forester and Outback also feature a standard back-up camera.

Subaru Legacy. This Subaru provides the best visibility of any mid-size sedan in America. The Legacy sedan competes with the sleeker styling of the Chrysler 200 and Chevrolet Malibu, and wins in visibility. What the other mid-size sedans don’t offer is, standard all-wheel-drive, also giving Legacy good all-weather capability.

Other cars with the best visibility

Cars with the worst visibility

If you’re shopping for a vehicle, it’s good to know which vehicles will provide you the best and worst view of the road. Subaru’s 2017 Forester SUV, Outback wagon and Legacy sedan are three of the best with a commanding view from the driver’s seat.

Automotive wrote on October 13, 2016 - 7:40pm Permalink
Camaro, challenger and caddy cts coupe have the worst that I have driven. The best is the Jeep commander no longer offered. We seniors love our muscle cars and suv's and cameras 360 with sensors will keep us driving longer and safer.
kelly brooke wrote on August 31, 2020 - 2:03pm Permalink
thank you for this article.