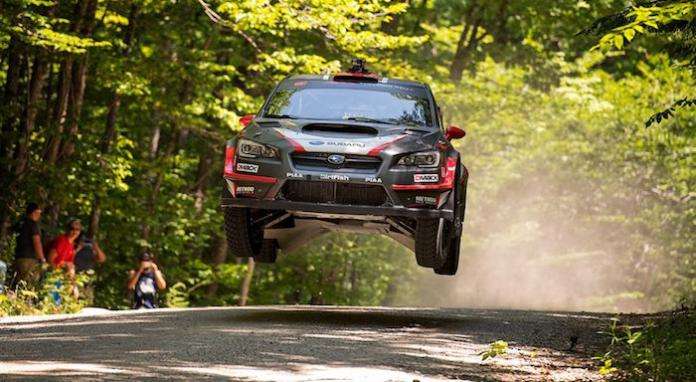 Pastrana edges Higgins’ 2017 Subaru WRX STI for the win at NEFR this weekend. Ironically, both cars are damaged on the same rock.
Advertisement

Pastrana is winning the battle with David Higgins and narrowly wins the New England Forest Rally this weekend. In an ironic twist, Pastrana has to scramble to find a new co-driver, and both STIs were damaged on the same boulder on the next to the last stage. Travis Pastrana wins the rally, and he keeps David Higgins from wrapping up the 2017 American Rally Association Championship Title. This was Pastrana’s second rally win in-a-row after setting a new Mt.Washington record earlier this month.

Day one of the New England Forest Rally saw a rough landing force co-driver Robbie Durant out of the rally with a back injury and he couldn't finish the race. Pastrana had to scramble to find another co-pilot for the Subaru #199 WRX STI. SRTUSA team member Grzegorz Dorman, who was the only one on the team experienced enough to replace Durant, allowed Pastrana to continue the challenging task of staying in the New England Forest Rally. Higgins held a small lead over Pastrana going into day two.

Both WRX STIs damaged on the same rock

On day two, disaster struck when Higgins and Drew hit a buried boulder in the road and damaged the suspension causing the right rear upright and wheel assembly to fail. Ironically, Pastrana and Dorman also damaged their rear suspension on the stage possibly on the very same rock. Also amazing, only one second separated the two SRTUSA STIs after completing over 100 NEFR stage miles. One 4.07 mile stage was left to complete and it was going to be a battle to see who would win.

Higgins’ #75 WRX STI sustained more damage than Pastrana’s STI, with the right rear corner almost missing. SRTUSA techs scrambled to make repairs in the allotted 30-minute service time when the machines finally made it to the service area. Unfortunately Higgins #75 WRX STI could not be fully repaired in time and returned to the race with only front wheel drive and a huge disadvantage on the final stage. 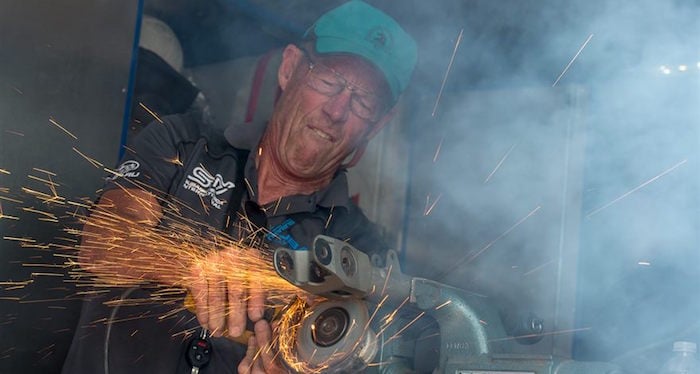 As expected, Pastrana and his new co-driver Dorman took the hard earned win over Higgins’ severely crippled #75 WRX STI. On its gravel logging roads, with hidden rocks and boulders, NEFR has been described as having the most challenging and roughest stage roads in North America.

Pastrana’s Subaru WRX STI rally machine wins the tough New England Forest Rally, his second win in-a-row. Next up is the final round in the series at the Ojibwe Forests Rally in Minnesota, August 25-26. It all comes down to the final rally race and will determine who wins the 2017 American Rally Association Championship. Stay tuned.