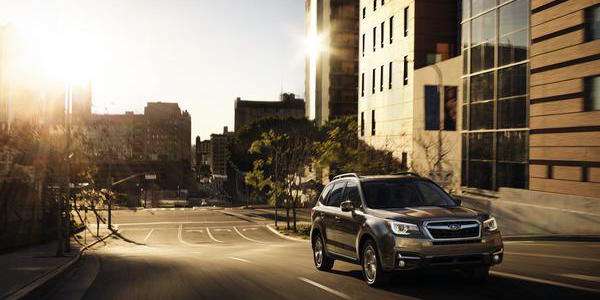 Only Subaru Can Claim This Honor 7 Years Running

Subaru is a small automaker compared to the global auto giants, but they are big on safety. Only Subaru can claim this honor 7 years running.
Advertisement

Subaru has stated safety is one of their core values. Subaru of America’s COO Tom Doll, even went so far as to say it’s their number one priority over everything else. At the Geneva International Motor Show last year, Subaru boss Nobuhiko Murakami made an interesting statement. He said, “We aim to become the number-one automotive brand for overall safety.”

Subaru is a small automaker compared to global auto giants like Toyota, BMW and Nissan, but they are big when it comes to safety. Subaru remains the only brand in the US with the IIHS Top Safety Pick for all models for 7-years running (2010-2016).

The top-selling Subaru Forester along with all their other vehicles have received more IIHS Top Safety Pick awards than any other brand. How do they do it? This is no easy task, but Subaru has been committed to safety since the 60s when they began conducting their own tests long before there was any official testing being conducted.

The high safety targets are designed into their vehicles before they ever reach production. The safety targets are set first, and then the design team uses computers to conduct impact simulations. Those results are then incorporated into the new design. Real-world impact simulations are then conducted in Subaru’s own test facility in Japan. Hundreds of new 2017 Subaru Forester, Outback, Crosstrek, Impreza, WRX/STI, BRZ and Legacy test mules are smashed before the vehicles ever reach production. Subaru goes beyond what is expected from the various national safety tests around the globe.

Go to Page 2: How having EyeSight helps

Fiji Heavy Industries (FHI), the parent company of Subaru, developed the first EyeSight system in 2008 and it was the first system to use stereo camera technology to detect vehicles, pedestrians and cyclists. The preventative safety system includes pre-collision braking control and an all-speed range adaptive cruise control tracking function. Subaru now offers EyeSight technology in their vehicles around the globe and has expanded its use in North America, Australia, and Europe.

It’s not new for all of Subaru’s vehicles to get these top ratings. The Japanese automaker has been awarded IIHS Top Safety Picks 7 years running 2010-2016 for all their vehicles. Subaru’s 2016 Forester, Outback, Crosstrek, Impreza, WRX and Legacy all are deemed the safest by IIHS for 2016 again.