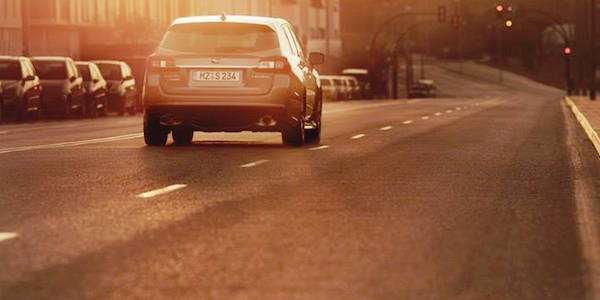 New Subaru Outback Recognized for Superior Safety; How it's Ahead of More Expensive Models

The 2017 Subaru Outback gets recognized for superior safety. It's safety tech puts it ahead of more expensive models.
Advertisement

Why is Subaru singled out more than any other automaker for their safety? It’s because it’s one of their core values and consumers benefit from this safety technology. Subaru gets another global award, this time for the 2017 Outback in the UK.

Subaru’s collision avoidance technology called EyeSight has been singled out for praise in the inaugural Car Tech Awards established by automotive and technology reviewers from Carbuyer and Alphr. The safety system on the 2017 Outback wagon was awarded a ‘"Highly Commended” accolade in the “Best Safety Innovation” over 25,000 British Pounds category. EyeSight acts as a “second pair of eyes” for Outback drivers.

It’s ahead of more expensive models

The Car Tech Awards were established to find the best in-car technology currently available to motorists. After months of testing every major new car on the market, the judging panel rated the Subaru Outback's EyeSight system ahead of safety technologies from a number of more expensive models from other brands. Stuart Milne, Carbuyer editor said, “The Outback’s EyeSight system really impressed us, and it beat some very big names in its class.”

How do consumers benefit?

EyeSight uses stereo camera technology to monitor the road and traffic ahead for potential hazards. It could prevent you from getting into an accident. With its driver-assist technology, it's optical cameras can recognize a potential situation and stop the car before a crash occurs. It can also benefit consumers by saving money with cheaper insurance premiums.

Last year, Subaru released data from a survey of traffic accidents involving Subaru vehicles in Japan from 2010 to 2014. The data revealed a 61 percent reduction in crashes for vehicles equipped with EyeSight, compared to those without. No other automaker can make these claims.

In the UK, the Outback comes fitted with EyeSight as standard equipment with a Lineartronic (CVT) transmission. In the inaugural Car Tech Awards, the SUV-alternative 2017 Subaru Outback with EyeSight gets awarded the ‘"Highly Commended” accolade in the “Best Safety Innovation” over 25,000 category. EyeSight beats more expensive automaker’s models safety technology.

Racheltak wrote on December 28, 2016 - 1:46am Permalink
The new XRumer 16.0 - revolution in online promotion: artificial intelligence will help you to attract customers so effectively, more than ever!