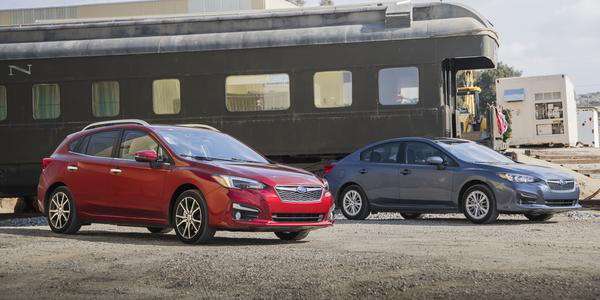 There’s a new 2017 Subaru Impreza recall for an engine stall that can increase the risk of a crash. What’s the cause?
Advertisement

Subaru of America is recalling new 2017 Impreza compact cars for a loss of fuel pressure from premature fuel vaporization. Both Impreza sedan and 5-Door hatchback models are affected in this latest recall. All 33,131 Impreza’s built in the U.S. being recalled are estimated to be affected. This is the second recall since the new compact has been built at the Subaru plant in Lafayette, Indiana. The first recall in March, was for a review camera freeze.

What causes the fuel to vaporize prematurely?

The National Highway Traffic Safety Administration (NHTSA) says North American winter fuels may vaporize prematurely in the fuel line, under higher ambient temperature, low speed, or stopped driving conditions. Premature vaporization causes a decrease in fuel pressure which may result in rough idling, the inability to start the engine, or engine stall. In some cases, if the engine were to stall, the driver may be unable to restart the vehicle for a certain period of time. This can increase the risk of a crash.

The software programming of the Impreza’s ECU which operates the radiator fan is not set to a low enough temperature when using winter blend fuels. Drivers may see indications of the problem with possible rough idle and the check engine light may come on.

What should Impreza owners do?

If you have a 2017 Subaru Impreza sedan or 5-Door, it’s likely you also have a recall for the rearview camera freeze, (WTN-74 Impreza Rearview Camera Image recall). It’s highly likely that your vehicle is also subject to the new Rough Idle, No-start, Stalling recall. Subaru will fix both at the same time.

Subaru will notify owners, and dealers will reprogram the engine control unit to turn the radiator cooling fan on at a lower temperature, free of charge. They will also update the infotainment software on the rearview camera free of charge. Subaru has not yet provided a notification schedule for the latest recalls. Owners may contact Subaru customer service at 1-800-782-2738. Subaru's number for this newest recall is WTP-75.