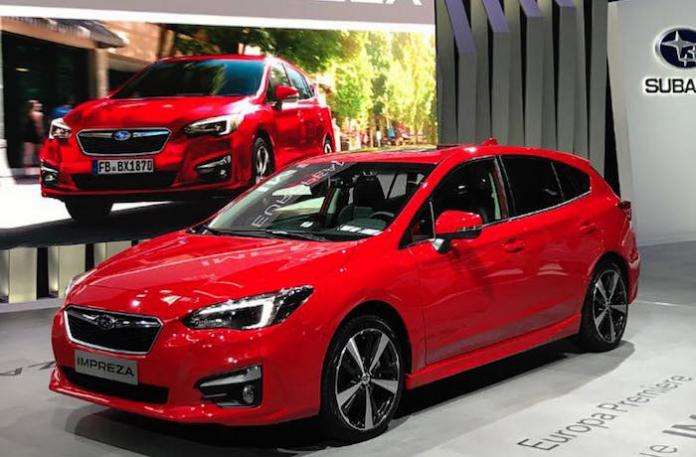 The new 2018 Subaru Impreza makes its European debut in Frankfort. Its outfitted differently than the U.S. model.
Advertisement

When the new 2018 Subaru Impreza arrives in Europe, it will be missing two things and it’s offered with a smaller engine over its U.S. counterpart. The new Impreza made its European reveal yesterday at the Frankfurt International Motor Show outfitted a bit differently than the US-spec model.

The new Impreza compact is still only offered in the hatchback body style for the European market, with no sedan body style offered for European buyers again. In the rest of the global markets, Subaru offers the Impreza compact in both sedan and 5-Door models, but Europeans won’t get it. 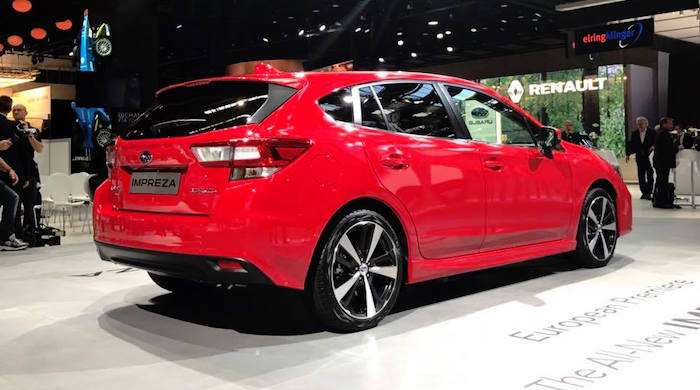 Subaru also offers the new 2018 Impreza again with the FB16 1.6-liter boxer engine as they have with the previous generation model. It still develops 114 PS and 150 Nm of torque, but the compression ratio has been increased from 10.5:1 to 11.0:1, and the overall engine weight has been reduced by 14kgs. 70 percent of the components in the port injected 1.6-liter boxer engine have been redesigned.

Subaru says, “The series of revisions have ensured that vibration and noise are significantly reduced, and acceleration response has been improved for a more linear feel, making the 1.6 feel more refined all-around.”

Other big change come with the addition of the US-spec FB20 2.0-liter engine being added to the European hatchback model. This will be the first time the direct-injection 2.0-liter boxer will be offered in Europe. Subaru announced the larger 2.0-liter boxer will join the the range after launch.

Other big news for the new 2018 Impreza is that it will not be offered with the 5-speed manual gearbox in the new-generation compact. Subaru offers the 5-speed manual in the U.S., Canada and Australian markets, but now drops it in Europe. Both 1.6 and 2.0 trims will only be offered with the Lineartronic CVT automatic transmission. For the next-generation Impreza, the ratio coverage has been widened and the weight of the transmission has been reduced by 7.8kgs versus the outgoing car. This increases acceleration performance and fuel efficiency.

Also new for 2018, Subaru’s EyeSight driver assistance system, will be fitted as standard on the Impreza hatch. When the new 2018 Subaru Impreza 5-Door arrives in Europe, it’s outfitted a bit differently than the US-spec model. It comes with the newly-redesigned FB16 1.6-liter boxer engine, and doesn’t get the fully synchronized 5-speed manual gear box.