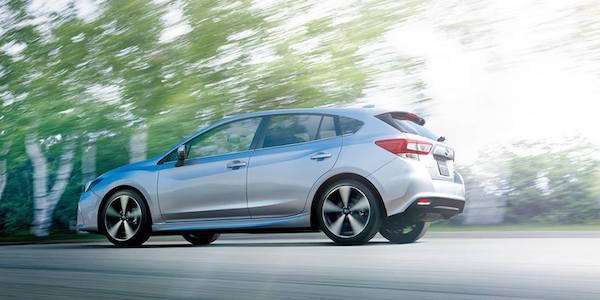 New Subaru Impreza is Attracting a Surprising Number Who Switched From Honda, Mazda and Toyota

The all-new Subaru Impreza is already attracting a large number of buyers who switched from other brands. Honda, Mazda and Toyota take the hit.
Advertisement

Subaru Japan has already launched the new 2017 Subaru Impreza and it’s attracting new buyers who never purchased a Subaru before now. Subaru reports that 51 percent of the the orders for the new Impreza compact came from buyers who switched from other brands.

Many buyers are switching from the Honda Civic, Mazda3 and Toyota Corolla. These cars have been the best in the compact car market, but that is changing thanks to the new Subaru Impreza which hit dealer showrooms in Japan this month.

That’s exactly what Subaru was hoping for when they completely redesigned the sedan a and 5-door compact car. A majority of those buyers who are millennials (age 18-35) are choosing the 5-Door over the sedan. Of the 11,050 orders, 8,824 have opted for the hatchback model while only 2,226 chose the sedan body style.

The 5-Door hatch is versatile and brings younger buyers with active lifestyles the versatility of the rear hatchback. Buyers are looking for the utility and versatility that the body style offers. Millennials will use their cars for recreational activities like transporting mountain bikes, snowboards, and surfboards for use on the weekends.

Subaru sells the Impreza with a 1.6-liter boxer engine in Japan, where in the U.S., the compact car gets the 2.0-liter engine. The newly developed next-generation 2.0-liter direct-injection engine gets two new upgrades over the old powerplant that will improve fuel-efficiency and overall performance.

Sedan sales have been steadily falling around the globe and in the U.S., they’ve dropped significantly as consumers are buying many more SUVs and crossovers. The same is true for the all-new 2017 Subaru Impreza compact. It’s attracting new buyers to the brand at a 51 percent clip. Many are switching from the Honda Civic, Mazda3 and Toyota Corolla, and the majority are choosing the 5-Door hatch over the sedan.