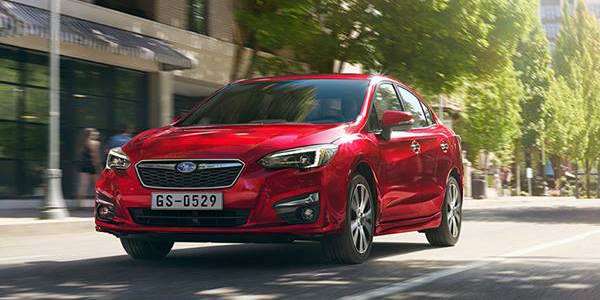 New Subaru Impreza App Tells You How to Improve Your Driving; Would You be Interested if it Lowers Your Insurance?

Subaru announces a new app for the 2017 Impreza that tell you how to improve your driving. Would you be interested if it lowered your insurance premiums?
Advertisement

The new 2017 Subaru Impreza adds eight new apps, and one acts like a back seat driver. Well, it does’t actually tell you how to drive, but it monitors your driving habits and recommends improvements. It’s called RightTrack Test Drive from Liberty Mutual Insurance. It might be worth it, because it could lower your insurance premiums. It all works through Subaru's STARLINK in-vehicle technology.

The new app monitors driving habits, helps improve safe driving skills, and provides you with tips on driving safer. Subaru says it will even help lower your insurance rates. Subaru owners can take advantage of Liberty Mutual offers, through the app, such as insurance discounts after a 30-day test period (in select states).

Another new app for bird watchers is called eBird, and was developed by the Cornell Lab of Ornithology. You can get local bird sightings and locations as you drive. Subaru says you have access to a database of millions of bird sightings to act as a “digital coach” for finding and navigating to birds in real time. The data is openly available for scientific research, education, and conservation.

There are six other apps available

The apps have been added to the new compact’s multi media system and works through the STARLINK in-vehicle technology and in conjunction with your smart phone. Subaru says the eight apps are available for immediate use on the 2017 Impreza and 2016-17 BRZ sports coupe. They will be coming to additional Subaru models in the near future.