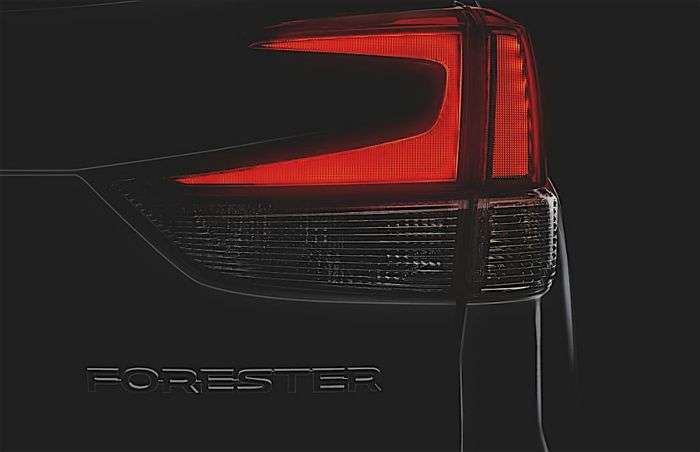 The all-new 2019 Subaru Forester comes with three advantages over all other small SUVs. See why its engine is a game-changer.
Advertisement

When the all-new redesigned 2019 Forester arrives this fall in showrooms, it will come with a newly-redesigned 2.5-liter Boxer power plant that will set it apart from all other small SUVs on the market. The Forester Boxer engine has three distinct advantages over the new 2019 Toyota RAV4, Honda CR-V, Ford Escape, Mazda CX-5, Hyundai Tucson, and Jeep Cherokee.

All these other small SUVs come with either an inline four-cylinder engine or a V-type engine design. Subaru Forester is the only small SUV to feature a horizontally-opposed Boxer engine, and the only automaker on the planet to offer a Boxer engine in every vehicle in their lineup. What gives it a distinct advantage over all other small SUVs?

The new fifth-generation 2019 Forester will come powered by a Subaru Boxer engine featuring pistons that move in opposition to each other due to its unique horizontal layout, resulting in a more balanced, smoother operation. It has advantages over Toyota, Honda, Ford, Mazda, Hyundai, and Jeep’s engines.

The new Forester’s Boxer engine has a much lower profile over the other automaker’s engines because of its horizontal layout. It sits lower in the chassis producing a lower center of gravity for improved handling, especially in the corners. Subaru Forester will come with 8.7 inches of ground clearance, but it will ride like it sits much closer to the ground offering less body roll and leaning when turning a corner.

Forester’s Boxer unique horizontal layout offers a balanced, smoother operation producing less vibration than the other automaker’s engine designs. When the engine is at full throttle or idling at a stop light, consumers won’t feel the typical vibrations associated with the other two engine designs. This design also contributes to longer engine life.

Forester’s Boxer engine will help enhance overall vehicle safety. The new small SUV will navigate a quick lane change with less sideways travel than the fourth-generation model. Why is this important? If you’ve even been following another vehicle like a pickup and somethings fallen out of the back, you’ve experienced trying to swerve out of the way to avoid hitting the object. Another scenario could be when an obstacle appears in your path, like a dog darting onto the road, you turn quickly so you don't hit the animal. In remote areas, deer and other animals can also jump out in front of you. All would require quick thinking and a vehicle that can handle the driver’s reaction.

The next-generation Subaru Forester will be unveiled at the New York International Auto Show later this month with the standard 2019 Forester powered by Subaru’s new direct-injection 2.5-liter naturally aspirated Boxer engine likely getting a small bump in power over the outgoing model. It will be more fuel-efficient and will be coupled with a newly-revamped Lineartronic Continuously Variable Transmission (CVT) sending power through its standard Symmetrical all-wheel-drive system. Its Boxer engine will offer improved handling, smoother operation and longevity, and additional vehicle safety over all other small SUVs on the market.

Prajuli Ramesh wrote on March 19, 2018 - 2:39pm Permalink
How about their Oil Burning issue? Has they overcome with a solution or left customer to hold their head on hand?