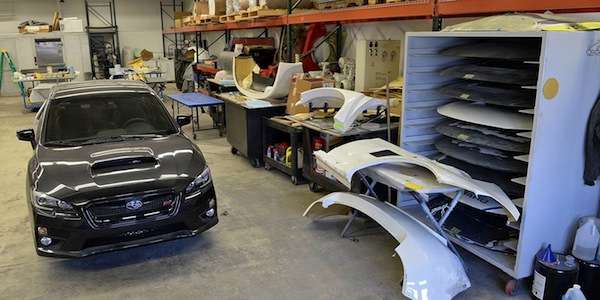 We’ve been wondering why we haven’t seen a rally-prepared 2015 Subaru WRX STI this season. Now, the first 2015 WRX STI Rally car will be making its debut with Rally Team Canada at Rally Defi. We thought the 2015 STI would make its debut in the Rally America Championship first, but Team Canada has beat them to the punch. The new car will return with Subaru Rally Team Canada (SRTC) at Rally Defi in the 2014 Canadian Rally Championship (CRC) in Ste-Agathe, QC on September 5-6.

A new car and a new driver

Subaru Rally Team Canada will compete in the Canada Rally Championship (CRC) with the new 2015 WRX STI and a new driver to challenge the competition. Piloting the new STI will be the previous winner of the Production World Rally Championship (PWRC) in a Subaru, Martin Rowe. The highly decorated Nathalie Richard will be his esteemed co-driver. The car was developed by Rocket Rally Racing under the leadership of Pat Richard. They have spent countless hours developing the new 2015 WRX STI and getting it ready for rally action.

The car will get extensive modifications

The new SRTC 2015 WRX STI was developed with state-of-the-art computer-aided design (CAD) programs that effectively and efficiently produce calculated improvements. Rocket Rally Racing will make extensive use of carbon Kevlar materials on large body portions, such as the doors. This will help the rally car to shed an extreme amount of weight and help with weight distribution for the optimal rally set up.

It starts with a production 2015 WRX STI

Subaru provided a new 2015 Subaru WRX STI production car that is a solid foundation to use for this rally racing application. Modifications to the suspension, brakes, engine and transmission were made to handle the extreme nature of the sport. In terms of work that has been completed, the first priority and consideration for each modification was to ensure that the vehicle's high level of reliability, durability and quality were retained.

Subaru Canada, Inc. has a rich and successful history and rally record as ten-time Canadian champions. Rocket Rally Racing has been partners with SCI and leading the SRTC program since 2008, where they led the team to two CRC championship titles. Driver Martin Rowe has an impressive rally racing history that spans back to 1990 and has been named a champion on 7 separate occasions. Now they will attempt to win with the new-generation Subaru WRX STI.

The new rally-prepared 2015 Subaru WRX STI will be involved in the remainder of this year's events. The new car and Subaru Rally Team Canada are ready to go for the Rally Defi in the 2014 Canadian Rally Championship (CRC) in Ste-Agathe, QC on September 5-6.