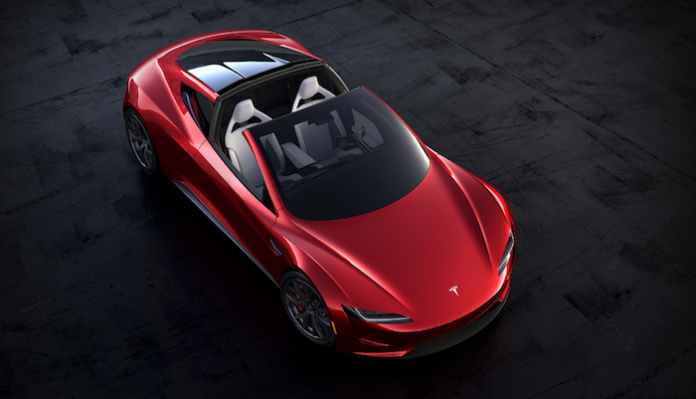 Elon Musk promises mind-numbing power with the surprise reveal of the all-new next-generation Tesla Roadster. Is it too good to-be-true?
Advertisement

Everyone thought it was all about the new electric semi truck this week, but Elon Musk had a surprise. The surprise reveal at the end of the event was the relaunch of the Tesla Roadster. What Elon Musk promises is almost unbelievable with this new all-electric roadster being beyond supercar status. "The fastest production car ever made, period.” Musk said at the reveal.

If you think the numbers are too-good-to-be-true, so do we. Tesla has been known to over-promise and under deliver before right? Musk says, the next-generation Tesla Roadster will go from zero to 60 mph in under two seconds and max out at over 250 mph. It will launch from 0-60 seconds in 1.9 seconds and 0-100 mph in 4.2 sec. If this is all true, it will be the first time any car has broken 0-60 in under 2 seconds. Musk says it will do the quarter mile in 8.9 seconds. Dizzy yet?

This is the base model, and we’re talking about things beyond base maybe next year says Musk. It comes with a 200 kw/h battery pack with 620 miles of driving range promised. Musk says you’ll be able to drive from LA to San Fransisco and back “at highway speeds” without recharging. What comes next is even more mind-numbing if it’s really true. 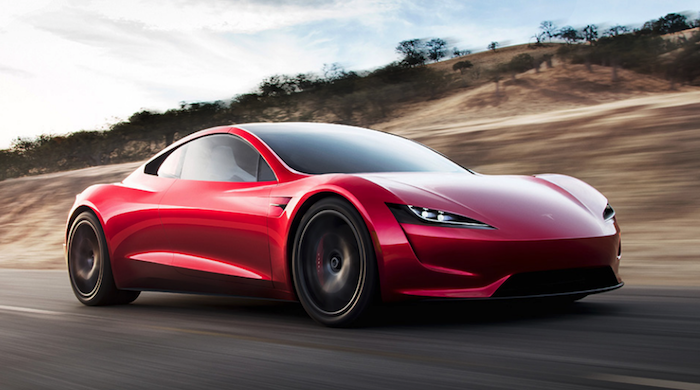 The Tesla Roadster will come with three motors, powering all four wheels, with one motor in front and two driving the rear, and a massive 10,000 Nm of torque (7375 lb. ft of torque) which is stupid power. The Roadster will be 2+2 with a removable roof, and Musk says it will even have storage for luggage.

If Musk can pull this off, Tesla will be the second U.S. company aiming to produce the world’s fastest production car. Hennessy Performance, located in Texas, just unveiled the Venom F5 supercar at SEMA 2017 in Vegas last week. But the Venom F5 is powered by an internal combustion engine (ICE) pumping out 1,600 horsepower.

Elon Musk says, he has been asked when will you make a new roadster?, “We are making it now” and says the new all-electric supercar will be available in 2020. The Tesla Roadster base price will be $200,000 and you can reserve yours for $50,000. A higher-trim Founders Series model will be priced at $250,000 with only 1000 examples produced. Musk finished the new Tesla Roadster reveal by saying, “The point of doing this, is to give a hard core smack-down to gasoline cars.” The Tesla Roadster will be the first all-electric sports car to enter true supercar status if Musk can pull it off.