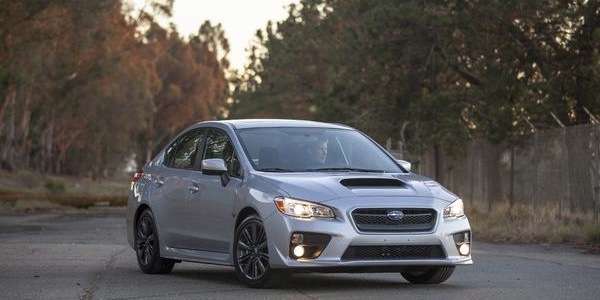 The 2015 Subaru WRX received a complete remodel that included a more premium feel. But it doesn’t seem to have hurt its appeal.
Advertisement

When Subaru said they wanted the new WRX to appeal to a wider audience, some performance fans thought the Japanese automaker went too far in changing the sports car’s appeal. But the changes hasn’t hurt the performance sedans sales numbers as it’s seeing record sales each month since its launch around the globe, and WRX keeps getting new accolades.

The new generation 2015 Subaru WRX has just been named Sports Car of the Year by New Zealand’s National Business Review (NBR). This follows on the heals of the new WRX being named AutoCar New Zealand magazine’s Performance Car of the Year last month.

Subaru wanted WRX to appeal to a wider audience

When Subaru said they want to appeal to a wider audience with the new 2015 WRX, many were wondering if this was a mistake. The all-new Subaru WRX features a new longer body and many new features that made it more appealing to a wider audience of buyers who had never purchased the performance car before. It now comes with a new touch-screen, Navigation package, leather trimmed eight-way power seats, LED low-beam headlights with auto-height adjustment, and welcome lighting in the cabin. WRX features more luxury than ever before.

MUST SEE: New Subaru Forester STI has Nurburgring roots but don’t look for it in the U.S.

A more premium feel for WRX

All these changes have created an appeal to a new buyer for WRX and NBR’s motoring editor David Linklater said Subaru hit on the right mix with all the changes. Linklater says, “It’s a tricky business when a carmaker decides to take a great sports car and introduce a more premium feel into the package.”

Change can be risky

It’s always a risk for an automaker when they make changes to a model that has been as successful as the WRX. But Subaru made the right changes without affecting the performance appeal of the sports sedan. Linklater went on to say, “There’s a risk that you’ll lose contact with the raw appeal that makes such a car special. The new Subaru WRX is vastly more refined and much easier to drive than previous generations, yet those who love the previous two decades worth will find the new model just as exciting and engaging as ever.”

The all-new 2015 Subaru WRX is more refined than ever before, but Subaru engineers made the right upgrades to the engine and suspension to keep loyal performance fans happy. Subaru was able to pull off both appealing to true performance enthusiasts and a wider audience.

Panasonic Updates Profit Forecast, Noting How Much Tesla Batteries Help The Jump
2022 Porsche 911 GT3 Laps Nurburgring in 7:04 With Journalist Behind The Wheel
END_OF_DOCUMENT_TOKEN_TO_BE_REPLACED