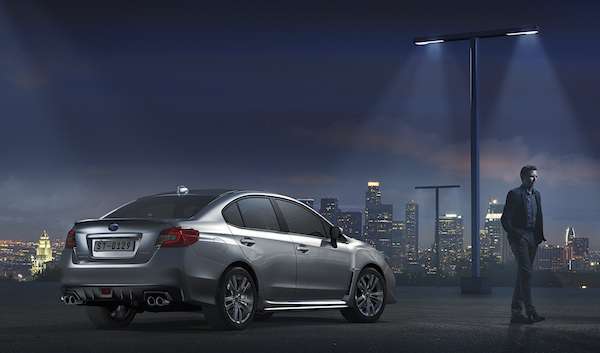 Meet a Safer Version of the Subaru WRX that Won’t See U.S. Shores

Subaru announced a new safer updated 2018 Subaru WRX. Why is it staying in Japan?
Advertisement

Subaru has a goal to be the number one brand for overall safety and it includes their performance models. Subaru Japan announced a new 2018 WRX S4 with upgraded EyeSight driver assist with a new “Touring Assist” function. It will stay in Japan and won’t be making it to the U.S. just yet.

Subaru is notorious for testing their vehicles in their home country before they them around the globe. This new 2018 Subaru WRX S4 Japan-spec model gets the newest version of their advanced EyeSight driver assist safety system, and the Subaru Corporation will be testing it on the streets of Tokyo and other major Japanese cities to see how the new system works before releasing it to other global markets.

What is the new Touring Assist?

Touring Assist will be fitted as standard equipment on new 2018 Subaru WRX S4 and Levorg sports tourer models released in Japan this summer. In previous versions of Subaru’s EyeSight, Lane Tracing Control only operated at speeds of 60 km/h or more, but the new Touring Assist function extends operation to any speed range.

It also adds automated steering that follows the preceding vehicle in the same lane , teamed with Adaptive Cruise Control to assist drivers with automated control of acceleration, braking, and steering. Subaru says Touring Assist is for use on highways and other vehicle-only roads. Subaru’s original stereo camera technology simultaneously uses information on lane markings and preceding vehicles to offer consistent operation in a wide range of real-world settings, which they hope will reduce accidents.

By offering this first in Japan, it will give Subaru a chance to see how the WRX S4 and Levorg wagon perform in real-life traffic situations. There’s plenty of traffic in cities outside of the main urban areas that don’t rely on public transportation systems such as railways. There are around 68,900,000 automobiles owned in Japan, so the WRX with the new Touring Assist will get a good test.

Look for Subaru to bring the newest EyeSight safety system to the U.S., Australia, and Europe in the 2019 Subaru WRX and other Subaru models after it gets thoroughly tested in its home country. Stay tuned.

For Some Former Daimler Managers Daimler Is Authority, While Tesla Is Like a Startup
How Daimler Unintentionally Subsidizes Tesla Giga Berlin
END_OF_DOCUMENT_TOKEN_TO_BE_REPLACED