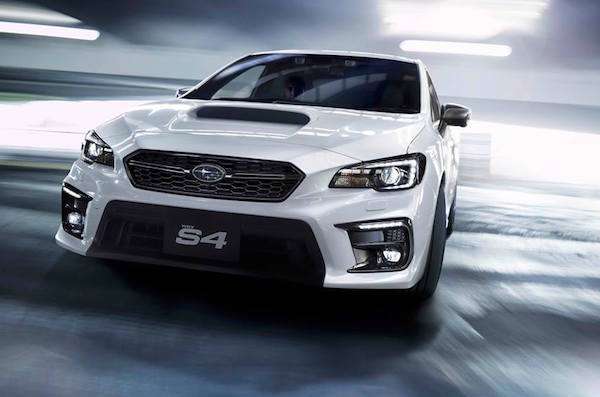 Japan-Spec WRX S4 Gets Upgraded EyeSight; 2 Ways Subaru Has Your Back

The Subaru brand is all about safety and it carries over to their sport-tuned WRX. Subaru Corporation just announced a new Japan-spec 2018 WRX S4 that will feature an advanced version of their Eye Sight driver-assist system. What does it mean for performance fans?

Subaru’s new-gen EyeSight safety system and driver assist technology is available on WRX when equipped with the Sport Lineartronic automatic transmission. The system is the highest rated safety system of any automaker in crash avoidance. Subaru has your back.

It’s easy to be distracted when driving, and all it only takes a few seconds for any driver to get in trouble. Subaru has a goal to prevent traffic accidents, and they are aiming for zero accidents by automobiles in the future. Driver distraction is the number one cause of accidents and Subaru is working to eliminate the problem. There’s two ways it benefits global performance enthusiasts. The new-generation EyeSight will take more of a burden off drivers and it will also reduce accidents.

How the system works

WRX’s EyeSight uses two charge-coupled device (CCD) cameras mounted inside the car on the upper edge of the windshield. The EyeSight system processes stereo images to identify the vehicles traveling in front, as well as obstacles, and other traffic lanes. The video information is relayed to the EyeSight computer, which is also networked with the car's braking system and electronic throttle control.

EyeSight will bring WRX to a complete stop

Below speeds of approximately 19 mph, EyeSight is capable of detecting pedestrians in the WRX’s path and can activate to mitigate or even avoid the collision. Under certain circumstances, EyeSight is able to bring the car to a complete stop, thus avoiding a collision.

There’s other factors that contribute to keep WRX drivers safer. Subaru uses a ring-shaped reinforcement frame in all their vehicles. The new-generation WRX/STI was enhanced to provide better protection in the structure increasing cabin rigidity and absorbing impact energy from any direction. It’s the design that gives superior crash protection that enables all their vehicles to keep achieving top safety awards year after year.

Subaru announced the new Japan-spec 2018 WRX S4 featuring the advanced version of their EyeSight driver-assist system. The 2018 Subaru WRX S4 gets safer and it will take a burden off drivers and it will reduce accidents. WRX continues to be one of the safest compact performance cars on the planet. Look for Subaru to use the safety system in all their new vehicles including U.S., Australian and European models.