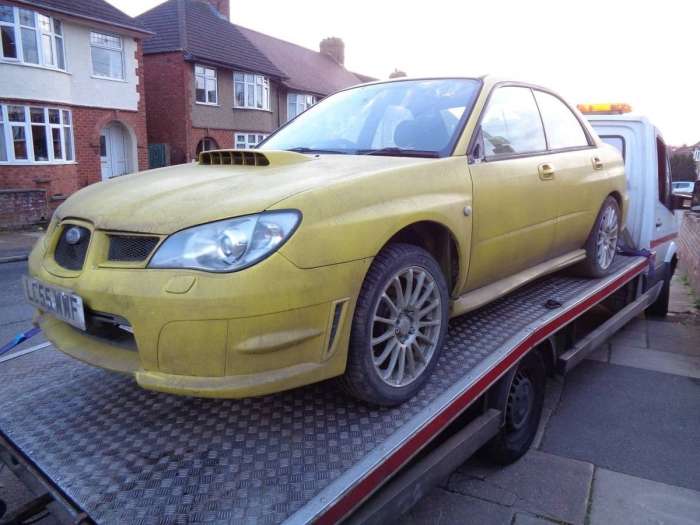 The Subaru WRX STI that was in the film “Kingsman the Secret Service”, gets crazy mods. See what the filmmakers did to the STI.
Advertisement

If you saw the movie “Kingsman the Secret Service” from 2014, you saw a 2007 Subaru WRX STI in one of the scenes going backward at full speed being chased by the cops. Until now, we never knew how they filmed the STI doing the stunt. Like the WRX STI from the movie "Baby Driver", the performance car has recently come up for sale on eBay and the STI got some strange mods and the details are amazing.

The Subaru WRX STI’s body was completely taken off the chassis and flipped 180 degrees. So the engine is in the trunk and the steering wheel is facing backward. This was all done so the driver could be facing the back of the car to see where he’s going at high speed. There are actually two separate steering wheels: one in the normal right-hand-drive spot for a U.K. car, the other in the rear passenger-side seat, so in the movie, the “dummy driver” appears to be in the driver’s seat. 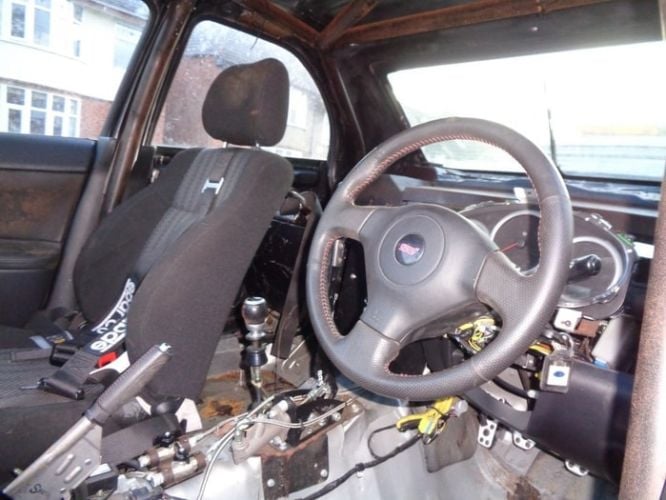 According to the eBay seller, there are several other modifications made to the second-generation Subaru WRX STI known as “Hawkeye”. The 2.5-liter Boxer engine has additional upgrades like “Cosworth head gaskets and stud kit plus RCM headers” for which he has the paperwork. A roll cage was also installed in the STI.

The seller says the man hours to do this swap “was unreal” which we can imagine it took hundreds of hours. The yellow exterior color is not show-quality and the car looks like it’s been sitting outside. The 2007 Subaru WRX STI has 67,000 kilometers on the clock and can be bought on eBay for 5,950.00 British Pounds ($7,627 USD). The STI is in Northampton, UK and the seller will deliver the car. He also claims to have two other Subaru Impreza WRX STIs that were used in the movie. Check out the clip from the movie below.