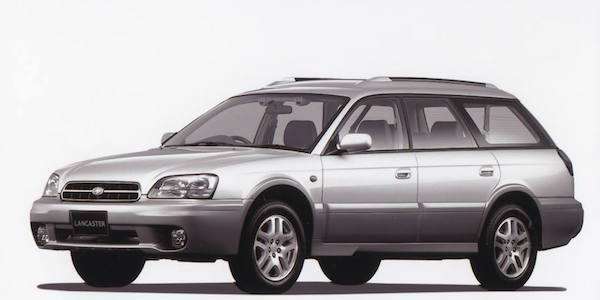 The new 2017 Subaru Impreza will get the latest EyeSight version 3 as standard. What was their First Vehicle to Get the Safety System?
Advertisement

Automakers are talking about their Active Driver Assist (ADA) safety systems in their vehicles these days. Tiny Subaru started the revolution over 17 years ago. Subaru was the first automaker to begin developing their ADA system called EyeSight back in 1999. The new 2017 Subaru Impreza will get the latest EyeSight version 3 as standard. The original Subaru Legacy Outback (Lancaster in Japan) was the first Subaru to get the safety system.

September 24 marked the anniversary of the first Subaru EyeSight safety system using stereo cameras when it was released and installed in the Japanese Legacy Lancaster. Subaru has used the stereo cameras as safety devices ever since, and ADA continues to be developed to this day in the new-generation EyeSight.

FHI launched the EyeSight safety system in 1999 and is the world’s first system to solely use stereo camera technology. Subaru has been highly successful in marketing the system in its home country of Japan and says EyeSight-equipped models like the Outback accounted for an astounding 85 percent of sales in Japan for the fiscal year ended March 31, 2015. It’s also catching on in the US and other global markets.

EyeSight’s technology has been highly rated by the the IIHS in the U.S. and also gets high marks from Japan’s independent agency, Japan New Car Assessment Program preventive safety performance assessment. It received the top rating of Advanced Safety Vehicle-Plus (ASV+) which has been conducted since October 2014 by the Ministry of Land, Infrastructure, Transport and Tourism and the National Agency for Automotive Safety and Victims’ Aid.

Look for the new-generation 2017 Subaru Impreza sedan and 5-Door compact to get the newest version EyeSight 3 when it launches this fall. Most automakers are touting their own safety systems now. Subaru’s Legacy Outback was the first vehicle to launch the revolution and get the ADA safety system on September 24,1999.