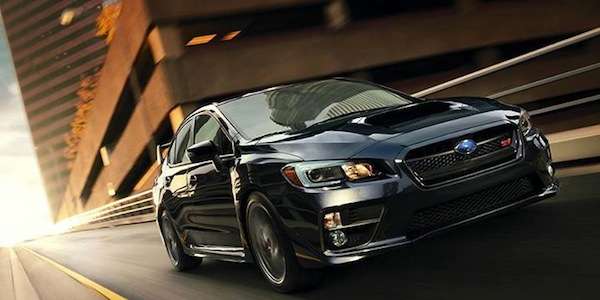 The 2016 Subaru WRX STI is here and sales are the hottest ever for the performance sedan. Is WRX/STI appealing to a broader audience?
Advertisement

Subaru’s WRX and WRX STI are hot sellers for the Japanese automaker and posted a record sales month with the best July ever and the most gains with an 85 percent sales increase. Subaru is picking up new performance buyers who are new to the brand. Jeff Walters, senior vice president of sales, Subaru of America, Inc. says, “Almost 60 percent of our sales this year have been to customers new to the brand.

Is the new Subaru WRX/STI appealing to a broader audience?

WRX/STI is all-new and received new exterior styling as well as an upgraded chassis and new refinements in the cabin. Subaru was able to broaden the appeal of the new-generation WRX STI to include new performance buyers who have never considered buying a Subaru vehicle before. Subaru, and Subaru Technica International (STI), were able to do this without disappointing any of their loyal customers. Except for not having a 5-door hatchback, Subaru fans are happy.

Both new generation WRX and WRX STI came with new high-tech upgrades and a new refined interior. The new cabin is roomier and more comfortable than before. This is where the appeal to a new audience is coming from. It features new materials and a wide array of new user technologies. With a one-inch longer wheelbase over the previous-generation WRX/STI, there’s more legroom for taller drivers.

A better performer on the road and track

What kept loyal fans happy was the new tuned suspension with quicker steering response for better handling in the corners. Subaru used the Porsche 911 as a benchmark for the new-generation model. It carves the corners better than before with a 41 percent stiffer unibody which translates to a 20 percent reduction in body roll in the curves.

The 2016 Subaru WRX/STI is arriving now at Subaru dealers and gets more upgrades that will keep sales hot. It comes with added safety features and new infotaintment for performance fans. When Subaru introduced the new WRX/STI, they said they wanted to appeal to a wider audience and it's working. Subaru definitely hit a grand slam with the new generation WRX and WRX STI performance sedans with a new roomier interior, high tech upgrades, upgraded chassis and new safety technology.