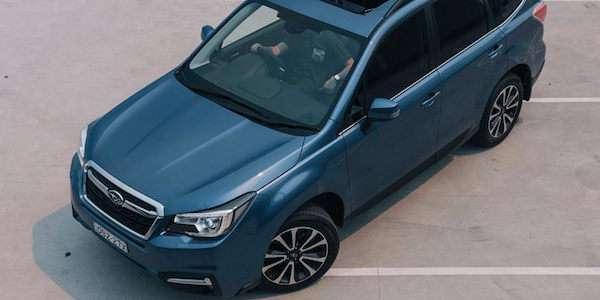 How Subaru Forester, Outback and XV Pull Off First-Ever Feat

Subaru is setting the little island of Tasmania on fire. What first-ever feat did they accomplish?
Advertisement

Subaru Australia has Toyota in their sites and they are making up ground fast with the 2016 Forester, Outback and XV Crosstrek. Tasmania, the little island south of Australia is the ideal place for Subaru’s all-wheel-drive vehicles. Subaru Australia is dominating the small crossover market at is close to getting an overall market share of 10 percent with May sales of 9.8 percent on the island.

Subaru AU reports sales of 148 vehicles in Tasmania in May which is up an incredible 74.1 percent. Subaru placed second overall in the Tasmanian market behind market leader Toyota. Subaru is dominating with the 2016 Forester (up 289.5%) over May last year. It’s the best-selling small SUV in the under $60k segment with a 32.3 percent segment share. Forester sales for the year are now up 68.1 percent in Tasmania.

XV Crosstrek is up 77.3 percent for the month. It was also dominant in the SUV Small under $40k segment, with a 25.5 percent share. Subaru’s Outback wagon followed the Large SUV under $70k segment, achieving an 18.5 percent share. Subaru is also up on the main land in South Australia. The brand’s 5.6 percent market share in SA outperformed its national figure of 4.1 percent. What happened in Tasmania is a first-ever for the Japanese automaker. What did Subaru pull off?

Check out PAGE 2: A first-ever global feat for Subaru

It was the first-time ever that Subaru has taken an outright leadership in the small, medium and large SUV categories anywhere in the world. They even beat rival giant Toyota. Nick Senior, Managing Director, Subaru Australia, said: “This is clear proof that our All-Wheel Drive SUVs are the right cars for Tasmanian families, to such an extent that we nearly captured 10 percent of the market.

It’s not new that Subaru’s all-wheel-drive vehicles perform well in the dirt and in the showrooms in Tasmania. On the island of Tasmania, Subaru’s Symmetrical AWD is ideal for the Tasmanian roads, where there are miles of unsealed surfaces and long rural stretches of highway. The 2016 Forester, Outback and XV Crosstrek are ideal vehicles for the rugged terrain down under.