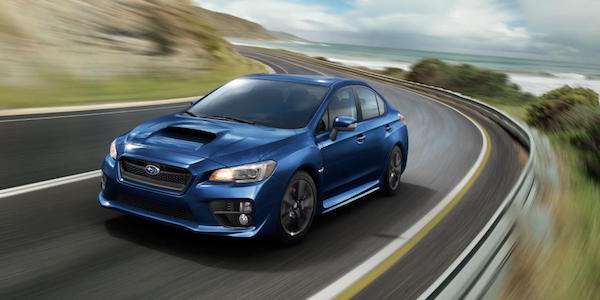 How Subaru Delivers 50 Years of Power and Performance

Subaru is celebrating the 50th anniversary of its horizontally-opposed “Boxer” engine this year. Why should consumers care?
Advertisement

Fuji Heavy Industries maker of Subaru automobiles, is celebrating a big milestone this year. The Japanese automaker is celebrating the 50th anniversary of its horizontally-opposed “Boxer” engine powering their vehicles. If you like to drive, the boxer engine has performance benefits.

Besides, Porsche, Subaru is the only automaker to use the boxer engine design, and the only manufacturer in the world to use it to power every vehicle in their lineup. Subaru’s signature Boxer engine was introduced on the Subaru 1000 compact passenger car on May 14, 1966. Since then, it’s been a productive workhorse for the brand and its total production over the past 50 years now tops 16 million units. It’s more than just a powerplant.
.
What makes the boxer engine so effective?

The boxer engine is effective in Subaru’s multi-purpose all-wheel drive vehicles because of the way it sits low in the chassis. Consumers like the way Subaru vehicles seem to hug the road better than other crossovers. Even though the 2016 Forester, Outback and XV Crosstrek have a high ground clearance, the engine's flat, low profile helps to lower the vehicle's center of gravity, enhancing driving stability and handling performance. Driving enthusiasts have known this for decades and it’s one reason the WRX/STI performance cars are so popular.

The engine design is especially effective in the performance WRX, WRX STI and BRZ sports cars. The opposing pistons work to cancel out the inertia force of each other, resulting in less vibration, improved rotational balance and smooth performance all the way up to their high rev range. Subaru Tecnica International (STI) has perfected the high-performance 2.0 and 2.5-liter boxer engines in their decades of motorsport involvement.

Subaru has created a niche market with their multi-purpose Symmetrical all-wheel-drive system. When coupled with the boxer engine, it develops a unique synergy delivering stability at high speeds and cornering that rivals expensive sports cars. Subaru's Symmetrical AWD system and the boxer engine combo are two core technologies that are the foundation for the brands success around the globe.

Subaru celebrates 50 years of the boxer engine powering vehicles like the high-performance 2016 WRX STI. The brand has created a niche market with all-wheel-drive crossovers and performance sports cars that are high on the fun-to-drive meter. It’s working well for the Japanese automaker and they are only going to improve on a good thing for their new-generation vehicles.