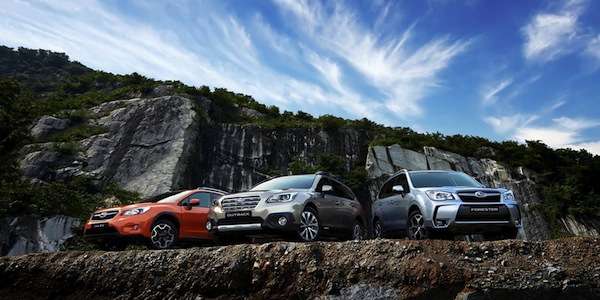 How Subaru became a lifestyle choice not a car company

Subaru is a relatively small automaker around the globe, but they are selling a record number of cars in the U.S. and beating every other automaker in percentage of increase. What is Subaru doing to set itself apart? They have created a brand that has become a lifestyle not a car company.

Subaru has done a masterful job of creating a brand identity that resonates with consumers that goes far beyond the dealer showroom and their automobiles. Tom Doll, Subaru’s COO for Subaru of America recently told Bloomberg that sales took off when they “stopped acting like a car company.” This is when the automaker who specializes in all-wheel-drive vehicles started the “Love “ campaign sales ads.

What did Subaru do to show the love to different groups? Subaru’s partnership with ASPACA has affected the lives of over 10,000 animals, and they also have the “Make a Dogs Day” campaign. They have also teamed up with Make-A-Wish, Adopt A Classroom, Center for Pet Safety, Meals on Wheels, National Park Service, Philidelphia Cherry Blossom Festival and other charitable organizations.

Subaru reaches out to people from every demographic and connects with animal lovers, outdoor enthusiasts, senior adults and the gay community through its dealer network that gives people an opportunity to pump dollars into their communities. They also have the SRT USA motorsports program that connects the automaker with performance car enthusiasts.

Subaru has had strong sales in the Northeast, Northwest, Mountain States and now is making a sales push into the Midwest and South. The small car company that carved out a niche market with all-wheel-drive vehicles has also touched peoples hearts with a brilliant marketing campaign. Subaru of America had the best September ever in sales for the 2016 Forester, Outback, Crosstrek WRX/STI and Impreza. It’s working well for Subaru.