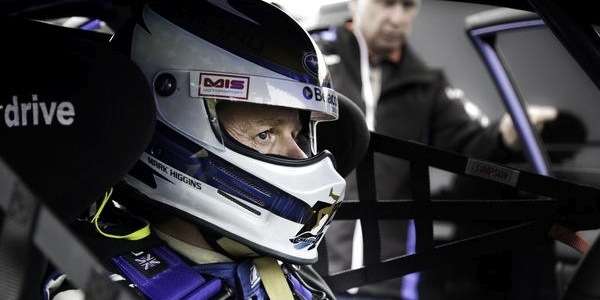 Mark Higgins broke his own Isle of Man TT course record in the stock 2015 Subaru WRX STI. What changes were made to the car?
Advertisement

The 2015 Subaru WRX STI that Mark Higgins threw around the Isle of Man TT circuit was basically a stock production STI. But it needed to be upgraded mainly for safety reasons. Subaru knew the upgrades made to the new-generation WRX STI would enable the performance car to go faster than the previous generation car that Higgins drove three years earlier. Why did they need to make changes to the stock STI?

It was basically a stock STI Mark Higgins ran around the Isle of MAN TT circuit. They did need to make some modifications for safety reasons. A transponder was used for tracking the car around the track and a fire suppression system was added in case of a fire.

The most important change was made to upgrade the tires. The 2015 WRX STI was shod with Dunlop Derezza tires so it could handle the incredible speeds on the 37-mile course during the record run. Dominick Infante, National Manager of Product Communication for Subaru of America said they had a goal to hit 164 mph on the run that day.

The upgraded Dunlop performance tires were wrapped around the stock Gold BBS wheels because they ran the car at 160 mph for extended periods of time. They kept the stock Brembo brakes but they did change out the pads for additional safety with the hard braking Higgins did around the corners.

The interior gets a FIA-spec roll cage

The interior received most of the changes and it got a complete FIA-spec roll cage to protect Mark Higgins in the case of an accident on the circuit. It was upgraded with racing seats with a full racing harnesses to keep Higgins planted in the seat during the high speed corners he was taking.

Higgins was confident in this new STI because the new-generation chassis received improvements over the previous generation car with a 40 percent stiffer frame, which makes the car much more stable at high speeds. The production car also received a new 13:1 ratio steering rack with hydraulic steering to give the stock STI a much quicker feel.

The STI uses four differentials that work with the all-wheel-drive system and are controlled by a computer. apportioning torque and traction when needed. The Isle of Man TT course has varying types of road surfaces and traction needs and was a great test for the system.

IOM asked Subaru to change the exhaust system and make it louder for safety reasons.The STI received a high decibel straight exhaust for crowd safety. The speed limiter was also removed from the car. Another big change was made to the ECU where they removed the electronic limiters so they could let the car go at top speeds of 164 mph. The top speed on the dash cam in the video below was 166 mph.

Also new for this year's record run was Mark Higgins had a body monitor strapped around him to monitor heart rate in beats per minute, breathing rate in breaths per minute, body temperature, and also the G-force on his body. He was surprised at the results after the race. His heart rate was slow until he began the record run, and then his body matched the car's acceleration.