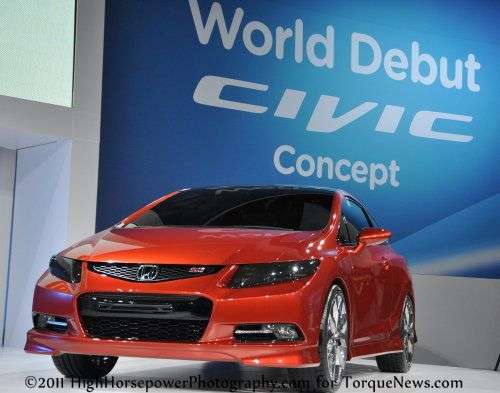 Honda exposed for paying bloggers to write about new Civic

After attending the Denver Auto Show preview for journalists yesterday, it was a reminder that each car brand is under increasing pressure to bring new products to the market quickly. At the luncheon put on by Chrysler yesterday, one of the manufacturers representatives was asked about future cars coming out. He said that he was unable to talk about any new projects the company was working on due to any leakage that could get out. In a room full of media types, this could have been the companies worst possible nightmare. Even after assuring him, my lips would be sealed, he politely declined to give any information that would cause him to lose his marketing job.

As reported by Jalopnik, it seems that Honda is trying extra hard to get that competitive advantage over the competition. Many articles have been written about the problems Honda is having and the negative publicity surrounding the Honda Civic in the past few month’s. But Honda seems to be taking a totally different approach to getting positive press.

Honda through a third-party European company, is paying bloggers in Europe to write positive reviews about their cars. A writer at Jalopnik was contacted by Russell Thomas, who works for eBuzzing, and told him “a major car brand” would be willing to pay him cash to write about their cars. The writer was informed by Thomas that all he had to do was sign up as a "publisher" on the website eBuzzing, the company he worked for, in order to access campaigns and get paid. The writer had no intention of actually accepting payment for a money-for-coverage scheme, but he played along to see what the company would offer.

After filling out the needed paperwork, Jalopnik was assigned the first story and offered $315 to write about Red Bull’s involvement in the Dakar 2012 Rally. Since he wasn’t interested in Red Bull, he passed on the article. After a few weeks, Jalopnik was contacted by Russell again to let him know that he’d pay him to post a video from Honda about their the new Honda Civic. Russell even provided the text he wanted him to include with the video. Of course the text spoke about the Civic in glowing terms. Jalopnik declined to post the video.

Honda, unfortunately, is trying to create positive social media “buzz” because they can’t get bloggers to write positive things about their cars. But this isn’t the kind of press they were wanting.

danwat1234 wrote on March 23, 2012 - 10:32am Permalink
I do know that Honda is coming out with Direct Injection engines, many with an Atkinson cycle lower lobe function, so look for a good boost in MPGs for 2013 and a bit more power, although this technology may come out in 2014 instead.
Anonymous wrote on June 11, 2012 - 7:52am Permalink
There is nothing wrong in this method of advertising as they highlight the posts as sponsored by ebuzzing.

Tesla Giga Berlin's New Hurdle: It's Not Only the Gov't, but Now Tesla Itself
Teslas Are Sold Out Until 2023, But The Timing May Reverse
END_OF_DOCUMENT_TOKEN_TO_BE_REPLACED