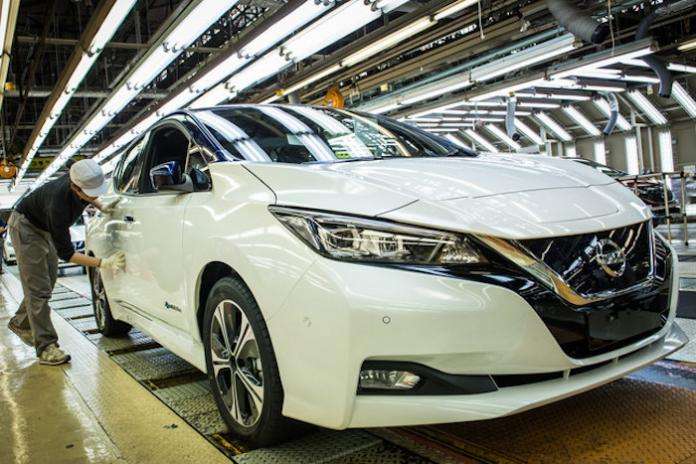 EV fans are critical of the new 2018 LEAF as first models roll off the assembly line. But they might be surprised.
Advertisement

Nissan has already started full production of the new 2018 Nissan LEAF at its Smyrna Vehicle Assembly Plant. The first models are already rolling off the assembly line as it gets ready for its U.S. dealer launch in the coming months. It’s also being built in Japan, and at their UK plant in Sunderland.

"Nissan Smyrna has been the U.S. home of the LEAF since 2013, and we are honored to continue to assemble the most popular electric vehicle in the world," said Heath Holtz, vice president, Manufacturing, Nissan Smyrna Vehicle Assembly Plant. Nissan is excited about their next-generation LEAF, but EV fans in the U.S. don’t have the same enthusiasm.

Even with the lower price and additional upgrades, EV critics are still blasting the new LEAF for not having enough range and they say it needs more to be competitive. Nissan did announce they will bring out a new 2019 LEAF with greater range (200 miles) and more power than the 2018 model, but U.S. fans don’t want to wait.

It’s going to be a three-way race for EV shouting rights. According to a study from Sustainable Enterprises Media, When EV buyers were asked, “What do you think your next EV model will be?”, in Europe, the Tesla Model 3 was first (33 percent), the LEAF was #2 (19 percent), and the Renault Zoe was #3 (7 percent). In the U.S, the Tesla Model 3 was #1 (38 percent), the Chevy Bolt #2 (15 percent) and the new LEAF was #3 (13 percent). One US buyer says, “I think for many like myself, the LEAF will be my next car if not the Tesla Model 3. Nothing else compares in value and appeal for many of us.”

In Europe, EV enthusiasts like the new LEAF and its new range of 150 miles is not an issue. They think it will sell well in markets like Asia and throughout Europe and that’s where Nissan knows it will likely sell a majority of the new-generation 2018 models anyway.

Nissan is counting on the new 2018 LEAF going over big in markets in Europe and Asia where driving distances are shorter, and having an increased range is not the main concern. In the U.S., they know the second-generation LEAF may not sell in increased numbers until the 2019 model arrives with more range.

The second-generation Nissan LEAF will own a unique segment of the market, and represents both a significant upgrade for existing LEAF owners, and with its new styling and improved value, it will attract many first-time EV newcomers to the brand. The new 2018 LEAF may surprise EV enthusiasts in the U.S. at how well it sells. Stay tuned.