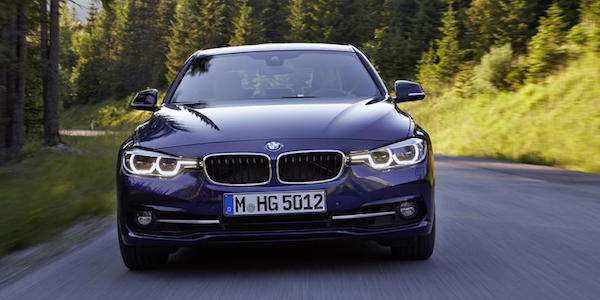 Headlight Ratings: BMW 3 Series Will Keep You In the Dark

The IIHS rates headlights for their effectiveness. Why does the popular BMW 3 Series get rated the worst of any automaker?
Advertisement

In recent headlight ratings by IIHS, the best-selling vehicle in BMW’s lineup, the 2016 BMW 3 Series gets the worst rating of all automakers. In the Insurance Institute for Highway Safety's first-ever headlight ratings, BMW’s standard headlights offer the poorest illumination at night. What did the study reveal?

In the IIHS study, the BMW 3 Series’ standard headlights only project 130 feet down the road, whereas the Toyota Prius v’s low LED beams projected 400 feet illuminating the road much farther. The Toyota Prius v is the only vehicle tested to get a “Good” rating.

BMW 3 Series are the worst

Among the 44 headlight systems earning a poor rating, the halogen lights on the BMW 3 series are the worst. A driver with those headlights would have to be going 35 mph or slower to stop in time for an obstacle in the road. BMW does offer the LED curve-adaptive system with high-beam assist. But even that combination only rates marginal.

IIHS says, “Curve-adaptive systems don't always lead to better ratings.” In their study, the Cadillac ATS, Kia Optima and Mercedes-Benz C-Class all earn poor ratings even when equipped with adaptive low and high beams. With about 50 percent of traffic fatalities occurring at dawn, dusk or at night, when the headlights are used, it’s important to have better performing headlights. There’s lots of potential for automakers like BMW to make night-driving safer.

The IIHS study found that you don’t have to pay for more expensive lighting options to get good headlights. The base model’s lamps on some brands have some of the better performing headlights that were tested.

The standard headlights on the 2016 BMW 3 Series are the worst of any brand in the world. If you do buy a 3 Series, get the upgraded LED curve-adaptive system with high-beam assist. But even then, they are only rated as marginal. For the full IIHS headlight study go here.

Tesla Giga Berlin's New Hurdle: It's Not Only the Gov't, but Now Tesla Itself
Teslas Are Sold Out Until 2023, But The Timing May Reverse
END_OF_DOCUMENT_TOKEN_TO_BE_REPLACED