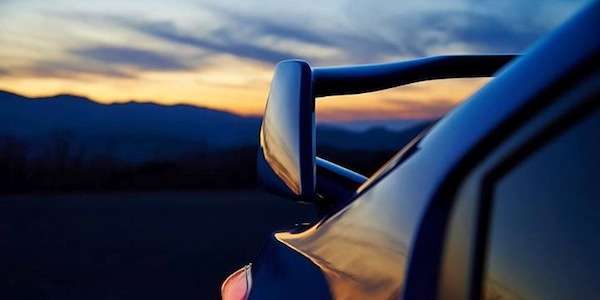 The 2015 Subaru WRX STI gets a new option for performance fans. Would you choose to go big or small with the new STI?
Advertisement

The 2016 STI gets more or less depending on what performance fans want on the their new WRX STI performance sedan. Subaru is now giving the option of having the large signature wing on the back that STI is known for, or you can now get a new low-profile trunk spoiler as a no-cost option instead.

The Subaru WRX STI started as a rally car and was developed on the race course. The big signature wing is functional and not just a gaudy afterthought. Many people think it looks hideous, but the big wing on the back actually serves a very specific purpose. It keeps the rear wheels firmly planted on the ground at high speeds. The faster the car goes, the more downforce it provides in the rear.

Why would you not want the big wing?

Why would you not want the big wing if it serves a specific purpose? Many STI owners like Subaru GRC driver Bucky Lasek, owns a highly modified 2012 sedan, and he took the wing off and just has a standard Impreza trunk lid. Why did he take off the wing?

When Lasek is away from the track, he likes to spend time with his family, but he can be found working on his 2012 Subaru WRX STI street car that he has been modified with a carbon fiber hood and set up for track time. He says it’s more fun than his twin-turbo 996 Porsche he used to ...read more.

It’s because he will be a bigger target for the local law enforcement with the big wing on the back. Without the wing, its easier to fly under the radar and the STI looks more like a standard all-wheel-drive Subaru. It doesn’t draw all the attention from the cops.

We experienced this last year when we test drove the first new 2015 STI. As we drove a new 2015 STI Launch Edition, I noticed we were attracting the attention of the Colorado State Patrol here in Denver. It seemed like there were extra speed traps that we normally don’t see around town especially on the Interstate. It’s hard to hide the WR Blue Pearl paint, gold BBS wheels and large STI wing and we stuck out among the other cars. If you don’t like driving with a rubber neck, the new low-profile trunk spoiler on the 2016 Subaru WRX STI could be a very good option.