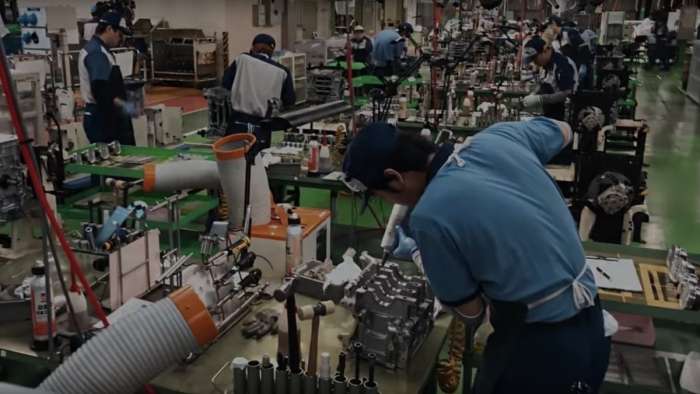 Get a rare glimpse of the Subaru Tecnica International custom shop and factory where they hand-build the all-new 2020 Subaru WRX STI S209. Video.
Advertisement

Subaru and Subaru Tecnica International keep their small motorsports scout works custom shop and factory in Kiryu-Kougyo, Japan well-hidden away from prying eyes. In the video below, we get a rare glimpse of where STI engineers are building the all-new 2020 Subaru WRX STI S209. From this near-secret workshop, techs will only build 200 examples for U.S. performance fans. Finally, U.S. fans get an STI “S” series model just for them.

Subaru Tecnica International will take 200 stock WRX STIs built at the Subaru Gunma, Japan factory, and then ship them to their shop in Kiryu-Kougyo, Japan where they do their magic on the performance sedan. Subaru says STI engineers made extensive tuning changes to the standard WRX STI suspension and body to improve cornering grip, turn-in and handling balance based on their experience in the Nurburgring 24-hour race, Rallycross, stage rally, road racing, time-attacks and in on-track testing.

Subaru says the STI S209 features flared fenders at all four corners to accommodate the widened wheel and tire package. STI engineers worked in conjunction with tire experts at Dunlop to develop the summer performance tires’ composition and special design. The carbon-fiber rear wing and front under spoiler work together to create more downforce and stability. And the carbon-fiber roof improves body rigidity along with saving weight.

The S209 was tested and developed on the Tsukuba Circuit in Japan, on the Nurburgring track in Germany and Virginia International Raceway in the US. The Subaru Tecnica International team set out to build the most powerful, best handling, and most exciting STI model ever created. It looks like they succeeded.

The 341-hp 2020 Subaru WRX STI S209 will be the fastest, the best braking, the best handling, the most control-over-speed STI ever built. It will be available for only a selected lucky few and will be available in late 2019. Stay tuned for how you might get one.

Check out a few shots of the custom shop and factory where STI hand-builds the S209.