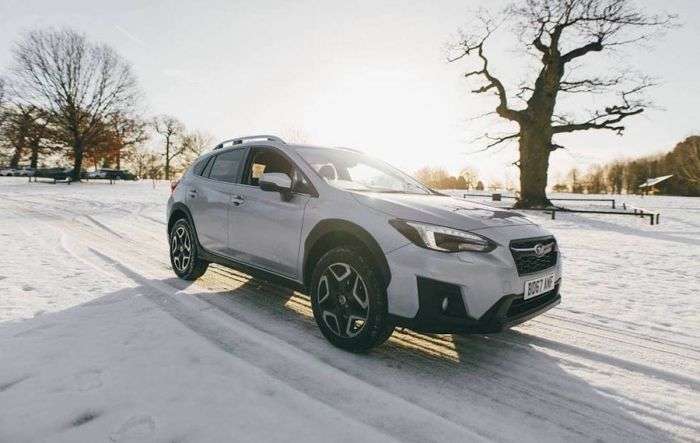 Subaru is developing a new plug-in hybrid and also coming with all-electric technology. See how they will tap Toyota to lower their EV battery costs.
Advertisement

Subaru, one of the smallest global automakers, is developing a new plug-in-hybrid this year, possibly a next-generation 2018 Subaru Crosstrek Hybrid, and an all-electric model that’s supposed to launch in 2021. They can’t develop it alone, so they will tap into Toyota’s vast resources to make it happen. They will also benefit from new technology Toyota is developing to reduce the cost of EV batteries.

According to a report by Reuters, Toyota says they’ve found a way to reduce the amount of a neodymium used in magnets for electric car motors by around 20 percent. What this means is, the Japanese automaker plans to use more lanthanum and cerium in the magnets for its electric vehicle batteries as a replacement for neodymium.

The development could help lower the cost of producing electric cars on a mass production basis. Tiny Subaru has just joined forces with Toyota, Mazda, Suzuki, Daihatsu, and Hino in developing EV technology. This new development by Toyota will allow Subaru to develop their new plug-in hybrid and coming all-electric vehicle and reduce costs in the process.

The report says Toyota found a way to “reduce the amount of a key rare earth metal used in magnets for electric car motors by around 20 percent.” This will help lower the cost of producing all-electric cars and will also reduce the risk of a supply shortage of materials needed for their production.

Apparently, Toyota has developed a magnet which replaces some of the neodymium, a rare earth metal used in the world’s most powerful permanent batteries, with more abundant and cheaper lanthanum and cerium. The report says Toyota will now use these magnets in electric vehicle motors within the next 10 years.

Subaru’s partnership with Toyota will not only help them acquire the basic technology needed to develop a new Subaru EV launching in 2021-2022, it will also help them with developing cheaper batter technology reducing costs in the process. Look for a new hybrid vehicle from Subaru later this year, possibly a 2018 Crosstrek Hybrid. Stay tuned.