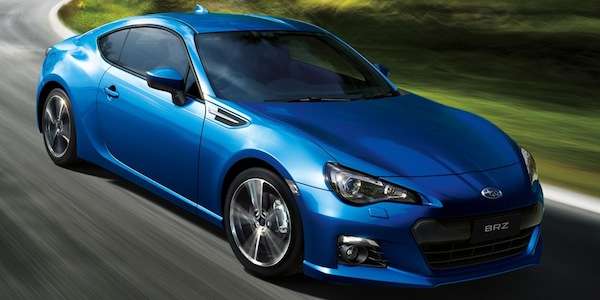 The 2015 Subaru BRZ has received yet another global award and this makes 3 in a row. How does BRZ keep doing it?
Advertisement

The Subaru BRZ was designed to be affordable and fun to drive. The Subaru/Toyota partnership produced both in the rear drive BRZ sports coupe. BRZ has received numerous global awards since it hit the market as a 2012 model. It just keeps piling up awards for the trophy case and gets another one from motoring.com.au in Australia.

How does BRZ keep doing it?

BRZ has the driving dynamics of more expensive sports cars and it is being recognized for the 3rd time by the popular Australian website. BRZ achieved the “recommends” awards in the Performance cars under $100,000 category. BRZ was evaluated across a wide range of criteria, including performance, refinement, handling, suitability for purpose and value-for-money.

Not the first for BRZ

The Subaru BRZ two-door sports coupe won the same award in 2012 and 2013 and this makes it 3 in a row. Subaru also produces the performance sedans, WRX and WRX STI models. The new generation sports cars received the same award this year from motoring.com.au in Australia for the very first time. Subaru is better known for their multi-purpose all-wheel-drive vehicles, but also have a strong following of loyal fans in the performance car arena around the globe.

Other factors were considered

There were at least five other factors that the Australian website considered when they chose BRZ the top sports car under $100K. Resale, reliability and factors such as warranty, availability and other benefits such as capped price servicing were also considerations. BRZ starts at $25,695 plus destination in the U.S. and is an attractive offering for the price. It’s a contributing factor and has good value for the money.

Ltd Editor-in-Chief, motoring.com.au Mike Sinclair, said the cars they pick are not only excellent examples in their class, but they “represent great buying choices for new car shoppers." He says BRZ is one of the best new cars on sale today. Current BRZ owners know this to a fact as they have found out how the sports coupe has great driving dynamics. BRZ uses a boxer engine that sits low in the chassis and has one of the best weight distribution ratios of any sports car.

BRZ chosen from a big field

The team of experienced automotive journalists at motoring.com.au drives scores of new cars each year. Based on this extensive first-hand experience the five best new car choices in a range of categories are compiled. Sinclair says, "Experience gained from new car launch drives, both local and abroad, seven-day real-world tests and longer-term reviews that replicate the ownership experience all go into our deliberation.”

BRZ has received numerous global awards since it hit the market in 2012, and it keeps piling up awards for the trophy case. The 2015 Subaru BRZ gets its 3rd in a row and has received the “recommends” award in the Performance cars under $100,000 category. Stay tuned to Torque News for our 2015 BRZ Series.Blue review coming soon.