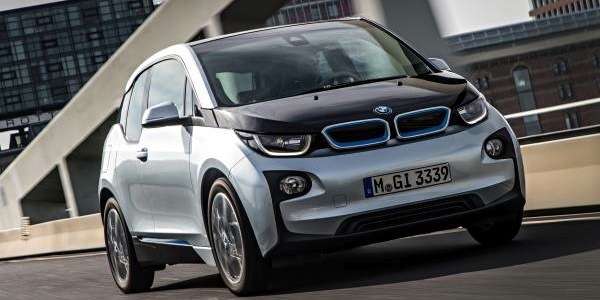 Remember the Super Bowl ad for the BMW i3? Did it create new momentum for the all-electric vehicle?
Advertisement

BMW released a TV spot for Super Bowl XLIX Sunday February 1 and paid $4.5 million for the 30 second spot. Was it a good investment for the German automaker and their new i3 and i8?

BMW sold 16,052 of the innovative i3s to customers around the globe in 2014. BMW wanted to keep the momentum going in 2015 and aired the i3 Super Bowl ad with Katie Couric and Bryant Gumbel during the first quarter of the big game. This is when everyone is still paying attention and watching the new commercials while at their parties. How did it work out for BMW?

BMW was hoping to shed new light on the new i3 which is similar to how the internet was viewed 21 years ago. “In 1994, people had not yet grasped what the internet was, which is similar to how electric mobility is viewed today,” said Trudy Hardy, Vice President of Marketing, BMW of North America. “Electric mobility is at a tipping point. We are on the verge of something great and we hope that with this spot, we can educate audiences about the BMW i3 and e-mobility in a fun and engaging way.” Check out the i3 ad from the Super Bowl.

With a “Newfangled Idea” like the i3, BMW is pleased with the response around the globe. Ian Robertson, Member of the Board of Management of BMW AG, Sales and Marketing BMW says, “The solid growth the BMW Group has achieved this year continued in May, with all sales regions recording an increase in sales. ”Our innovative, new products are achieving pleasing sales around the world and I am delighted that we have sold over 10,000 BMW i vehicles in the first five months of this year."

The $4.5 million dollar i3 Super Bowl XLIX ad seems to be paying off for BMW. With any new product, it takes time to change people’s perception of new technology. Trudy Hardy, Vice President of Marketing, BMW of North America. “Big ideas like the BMW i3 take a little getting used to, and the creative idea surrounding our spot played on this analogy.”